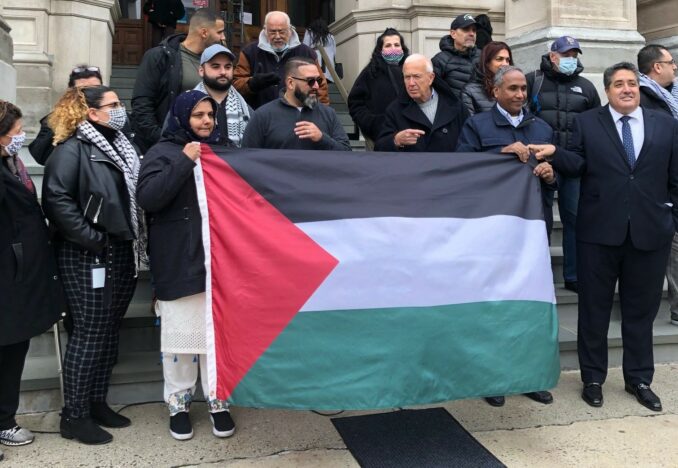 On Nov. 15, the flag of Palestine waved in front of Jersey City’s City Hall, an important first step to the recognition of the Palestinian people, said Ward D Councilperson Yousef Saleh.

Saleh had suggested the flag raising to the Jersey City Cultural Affairs Department — saying it was important to recognize the Palestinian people both in Jersey City and abroad, as many are traumatized by the increased violence hitting the area.