After a four-year struggle with cancer, Charles “Chuck” Sims Africa of the MOVE 9 died on Sept. 20. Sims, 61, was the youngest member of the MOVE 9 and the last to be released on parole, Feb. 7, 2020, after serving 42 years in prison. His battle with cancer started during his incarceration at Pennsylvania State Correctional Institution Fayette, in LaBelle, Pa., a site notorious for high cancer rates. 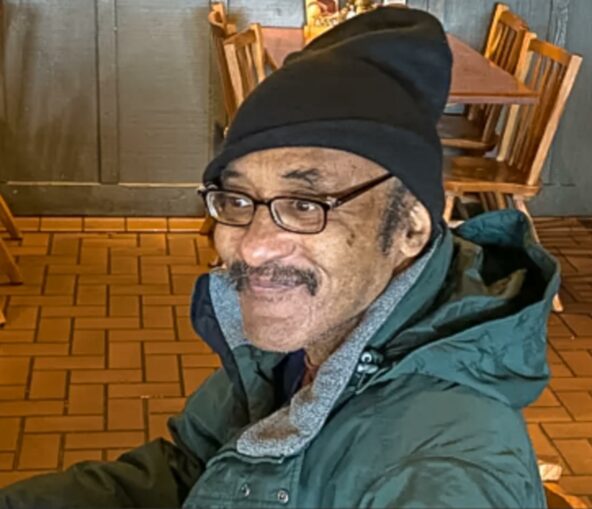 In 2018 Debbie Africa, Chuck’s sister, and Mike Africa Sr., a childhood friend, were the first members of the MOVE 9 to be paroled.

In a Sept. 20 podcast, Mike Sr. described how 13-year-old Chuck brought him around MOVE. Chuck was incarcerated at 18. Debbie Africa called her younger brother a “strong-willed, determined fighter.”

In the same podcast Mike Africa Jr. said of his uncle: “The impact he had on me personally and politically is tremendous. I would not be the me I am without him. He had the biggest, most unselfish heart, and he loved with passion and fury. The 42 years he spent in prison never broke his fighting spirit.

“Thank you to everyone that loved and supported Chuck in his fight. Thank you to those that never turned their backs on him. He loved you as much as you loved him. I’ll never forget you, Chuck. Rest well, soldier.”

Brad Thomson, Chuck Africa’s lawyer at the time of his parole, commented on Twitter: “Chuck had a heart and a fighting spirit that was unparalleled. He loved animals, boxing and literature — which we would talk about often.”

Sophia Williams with the Campaign to Bring Mumia Home remarked on Facebook: “Sorry to hear of Chuck’s passing. My condolences to all that knew and loved him. He sacrificed and fought for humanity. May his soul rest in power, knowing the impact he had.”

Chuck Africa was one of nine MOVE members charged with the murder of Philadelphia police officer James Ramp on Aug. 8, 1978, when police attacked the group’s home in Philadelphia’s Powelton Village. MOVE members claim they fired no weapons that day. The sentencing judge acknowledged there was no proof of who fired the shot that killed Ramp, but nonetheless sentenced them as a group. Within 24 hours of the confrontation, police demolished the house, destroying all evidence.

The MOVE 9, including Janet, Janine and Eddie Africa currently on parole and Merle and Phil Africa who died while incarcerated, were all sentenced to 30 years to life. Delbert Africa, released several weeks before Chuck, died in June 2020 from cancer left untreated by prison doctors.

In the climate of pain come,

but voices become unheard and strained by inactions

How long will thou Philly soul

remain in the pit of agonizing apathy?

Indifference seems to greet you like the morning mirror,

look closely in the mirror and realize it’s a period of mourning . . .

languish in prisons’ obscurity like a distant star in another galaxy

We need to be free.

How loud can your silence stay?

Stand up with courage and have a say,

choose resistance and let go of your fears.

the history of injustice to MOVE you know so well . . .

But your deafening silence could be my DEATH KNELL.