Ramsey Clark, human rights fighter and former U.S. Attorney General, who died April 9 at age 93, was memorialized by hundreds of people, from the U.S. and worldwide, who attended an international webinar June 13. 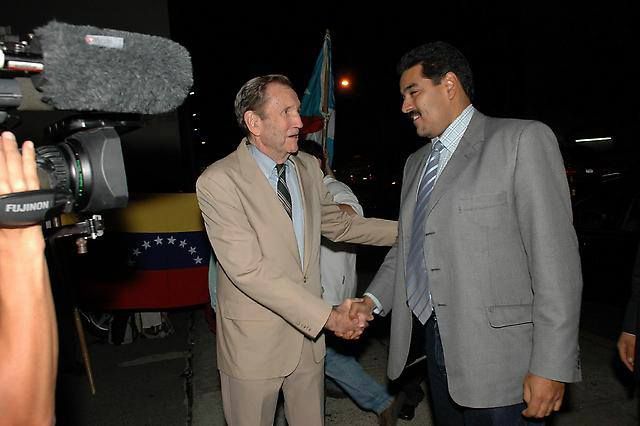 The program included 36 prerecorded tributes, 14 written messages, at least 100 photos and recordings of Clark speaking at meetings and during humanitarian trips.

Clark, founder of the U.S.-based International Action Center in 1992, was remembered for unapologetically opposing the government that he once represented as the top lawyer from 1967-69, a most powerful imperialist. 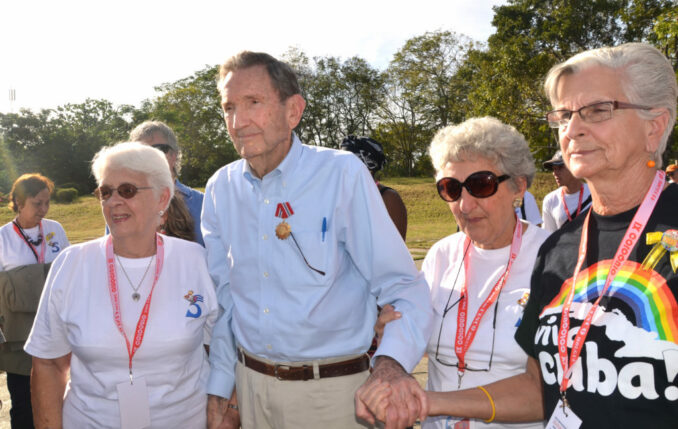 Representatives, both prerecorded and in print, spoke about how Clark used his high-ranking position in the Johnson administration to later vehemently denounce U.S. imperialist policies, both at home and abroad, starting with his opposition to the U.S. bombing Hanoi, North Vietnam, in 1972.

IAC co-director Sara Flounders, co-moderator of the webinar, said in her opening remarks that Ramsey “inspired the political activists who used [the IAC] structure to defend liberation struggles, oppose U.S. wars of aggression and defend political prisoners. Ramsey never made any of the work about himself. He seemed unfazed by personal attacks.

“He was most engaged in focused, collective action and reminded us we were up against the greatest purveyor of violence on earth, the U.S. He had a deep respect for common people and a passionate interest in the cultures, history and accomplishments of other peoples.

“Ramsey reminded the whole movement constantly that every U.S. media demonization campaign, [while] targeting one individual leader, was always the excuse for a devastating war against a whole people.”

Ramsey Clark’s younger sister, Mimi Gronlund, provided personal insights on how her older brother influenced her. Her anecdotes helped explain how he became so principled in his convictions. 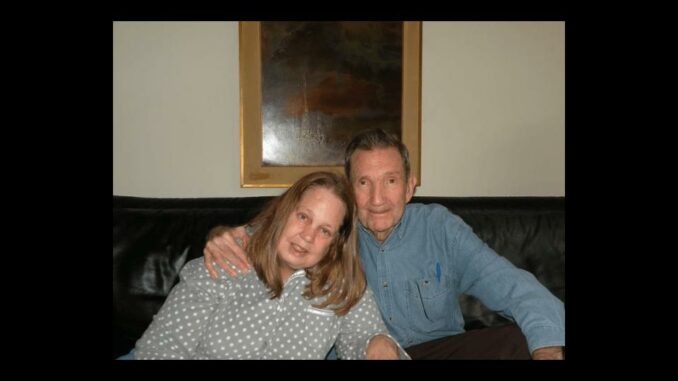 Co-moderator Monica Moorehead, a founder of Millions for Mumia of the IAC and a Workers World managing editor, said, “It was the beloved hero of the Cuban Revolution, Ché Guevara, who stated: ‘the true revolutionary is guided by a great feeling of love.’ Ramsey Clark was a perfect example of what Ché meant.

“The world’s oppressed peoples loved, admired and respected this extraordinary antiwar humanitarian. And the reason for this love by the people is because of Ramsey’s abiding love and admiration for people fighting for their liberation everywhere from the brutal yoke of an inhumane government that he used to believe in and represent.

“There will never be another Ramsey Clark, but we can only hope that future revolutionaries will be as defiant, as unflappable and as principled as he was.” 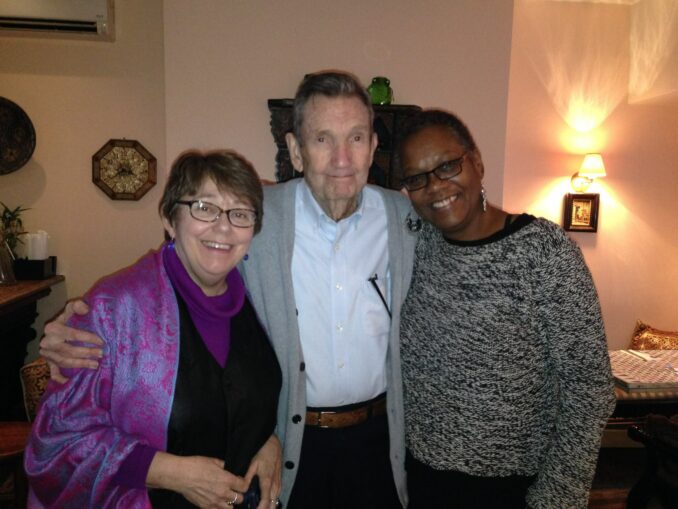 With Ramsey Clark in 2015 are Sara Flounders, left, and Monica Moorehead, moderators for the June 13 memorial tribute webinar.

The prerecorded messages had a common theme, no matter what struggle they represented: Ramsey Clark’s selflessness — even putting himself into life-threatening situations to be an important voice against racism, war and occupation — was an inspiration to millions of people.

Those who viewed the webinar thanked the IAC for organizing the tribute to, as one admirer put in the chat, “a remarkable and very good man.” Go to IACenter.org to view all the tributes. To submit a tribute, please email [email protected].  Watch the video of the entire memorial at iacenter.org/ramseyclarktribute/.