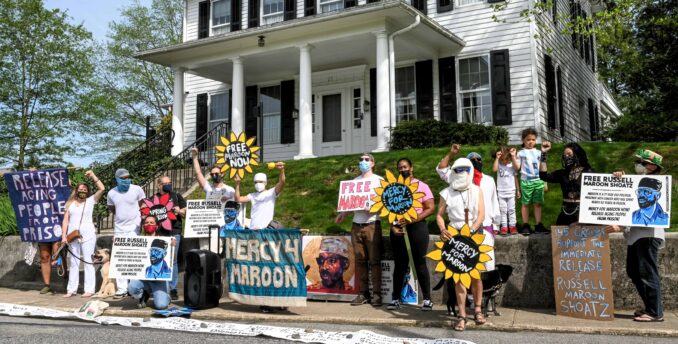 Activists converged on Pennsylvania Governor Tom Wolf’s home in Mount Wolf, Pa., May 2 to demand the medical release of political prisoner Russell Maroon Shoatz and all ill and elderly prisoners. The action began with a “caravan of love” from nearby York to Mt. Wolf, where the sign-bearing vehicles encircled the block three times before participants held an in-person rally along the sidewalk in front of his home.

In addition to the colorful banners and placards, a scroll bearing the names of 145 organizations — including the Prisoners Solidarity Committee of Workers World Party, who had signed a letter demanding Shoatz’ immediate release — was unfurled and laid out on the sidewalk.