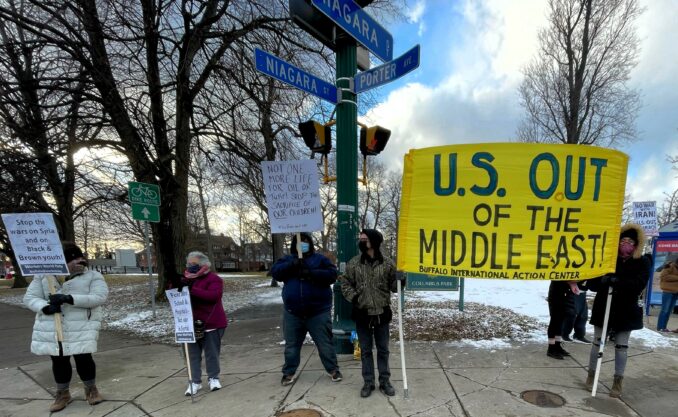 Despite frigid temperatures, determined activists here in Buffalo came out late Monday afternoon March 1 at a busy intersection with demands aimed at the Biden administration: U.S. Out of the Middle East! Stop Bombing Syria! U.S. Out of Iraq and Syria and Yemen! No War on Syria or Iran!

The action was called by Workers World Party-Buffalo branch and supported by several organizations including the Western New York Peace Center. Many passing cars honked in agreement with the banner and signs.