Needleman’s rich narrative contains interviews with the five, which span the post-World War I period up to today. They are part of a much larger group of Black steelworker union activists, who won victories for all steelworkers while lifting up Black workers to a position of strength and power within their union. 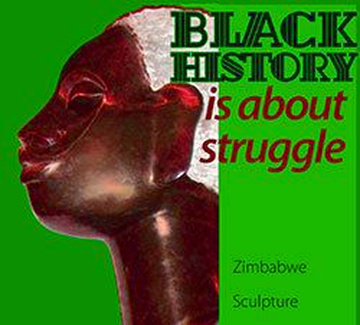 George Kimbley, a WWI veteran, spent the war in France’s trenches. Afterwards, although originally from Kentucky, he migrated to Indiana. He describes the tin mill’s hellish conditions and the unsteady work during the 1920s recessions up through the 1930s Great Depression. He attended community events promoting Black pride led by Marcus Garvey.

Bill Young describes working in the Inland Steel mill as “enslavement.” No worker protections existed when he arrived. He remembers stories about the cruelty suffered by his enslaved grandparents. Young joined USW Local 1010, known for its leftist militancy. Workers organized other workers, and Young carried union cards with him, always ready to give them to other workers.

Young recalls the Memorial Day Massacre in Chicago in 1937, when police attacked striking unionized steelworkers amassed outside the Republic Steel plant, killing 10 workers.  He became the first Black chairperson of a steel union local grievance committee. During the “Red Scare,” he denounced the ouster of another organizer, a known Communist.

John Howard’s father was a steelworker. His dreams of attending college were dashed because of racism, so he followed his father into the mills. He struggled through the Depression years, when Black workers were more likely to be “first laid-off and last rehired.” He describes his community activism fighting workers’ evictions. He rose to the rank of USW Local 1014 vice president and held that position from 1945 to 1954.

Curtis Strong was raised to have a low tolerance for discrimination. He grew up in Mississippi and migrated to Gary, Ind., where he worked in the steel mill. Knowing the USW wasn’t doing enough for Black steelworkers, Strong and his mentor,  Arthur Adams, a Marxist, advocated for a Black-led organization that would share power with allies in the white-dominated union. They formed the Sentinel League which grew into the Eureka Club, a plantwide Black caucus. They staged wildcat strikes and walkouts to win rights.

Jonathan Comer fought discrimination within the armed forces during World War II. Migrating from Alabama, he found work at Youngstown Steel. As a member of the “Big 5,” the Black union activist coalition, Comer learned how the union could be forced to win concessions that benefited Black steelworkers. He became the first Black worker to be elected as a steel union local president.

A chapter is devoted to each union activist based on the author’s interviews, and Needleman provides historical context. She relates their personal stories to the broader union movement in an engaging way, without detracting from each person’s accomplishments.

One section describes a roundtable discussion with Comer, Strong and three contemporary Black steel union activists, including Josephine Brooks and Mary Elgin. The women’s presence speaks to the strength of the women’s caucus formed in the 1970s under the leadership of activists like Ola Kennedy. It is now known as Women of Steel.

The unionists commiserate about the steel industry’s decline and how it has taken the teeth out of the union. All agree union leaders must be held accountable to the rank and file and that younger workers must be educated about the struggle against capitalist oppression. They also stressed that Black workers within the union must retain their strength through a separate caucus.

Needleman’s last chapter is a historical overview of Black steelworkers’ struggles against the companies’ segregated hiring practices. It hails the victories Black union activists won for all steelworkers. Everyone seeking a deeper understanding of these struggles should read this book.

A wonderful companion to it is Workers World Party founding member Vince Copeland’s publication: “Blast Furnace Brothers.” It is a tale of solidarity of Black and white workers at Bethlehem Steel in Lackawanna County, Pa., told in such a way that readers feel like they are listening to him tell the story. Copeland’s description of the Black-led walkout by the entire workforce is well worth the read.