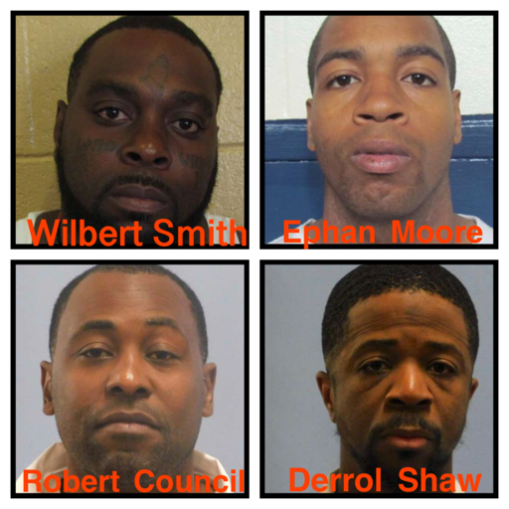 Events in this report happened on the next to last day of a month-long strike and “economic black-out” of Alabama state prisons, led by incarcerated workers and called by the Free Alabama Movement. For more on the strike, see Workers World, Dec. 4, 2020.

On the morning of Jan. 30, Alabama correctional officers and sergeants beat and critically injured two incarcerated workers, one of whom was having a mental health crisis, and injured a third. A fourth was beaten by a CERT (Community Emergency Response Team) squad.

Alabama Department of Corrections (ADOC) is now attempting to cover up the brutality these four Black men were subjected to and that all incarcerated persons in Alabama experience regularly.

Ephan Moore was having a mental health crisis in his cell in the early morning hours that day. Eyewitnesses report seeing one officer strike Moore on the top of his head with “an ax-like object.” (tinyurl.com/39lrlpvj) After Moore was rendered unconscious by this brute force, four or five officers continued beating him.

Robert Earl Council, known as Kinetik Justice, attempted to intervene and pleaded with the officers to stop beating Moore. As Kinetik walked away from the guards and back to his cell, a guard sergeant tracked him and struck him in the back of the head. Then guards beat Kinetik and, after he was unconscious, dragged him from his cell by his feet. Graphic evidence of this assault was captured on video by another incarcerated person and posted to Youtube and Facebook. Facebook has repeatedly removed the video, which was reposted several times.

Guards also beat Derrol Shaw, causing minor injuries. After the attack on Moore and Kinetik occurred, all of Donaldson Correctional Facility, as well as every other prison in Alabama, went on lockdown. The CERT squad was called in, and it was at that point that another incarcerated person, Wilbert Smith, was beaten. He was taken away by the CERT squad and his whereabouts are still unknown.

Kinetik was airlifted to the University of Alabama-Birmingham trauma unit where, to add insult to injury, his family were refused entry. Eyewitnesses report that the trauma unit was heavily guarded by armed cops.

A group of students from Alabama Students Against Prisons mobilized outside of UAB to demand UAB and ADOC allow Kinetik’s parents to see him, but to no avail.

As of Feb. 1, reports have confirmed that both Kinetik and Ephan Moore are alive, but in critical condition. Kinetik’s skull was cracked in three different places and he has three broken ribs. In an outrageous move, he has been moved back to an ADOC infirmary, which will not provide proper medical care. It has been confirmed that Moore was struck three times with a meat cleaver by one of the guards; he has had two surgeries since the attack.

ADOC has already gone to work, not by firing the officers and charging them with attempted murder, but by sweeping this brutality under the rug and outright lying to the public. A phone zap to Donaldson Correctional Facility revealed that prison officials are telling the public and the media that “nothing is wrong except that two guards were stabbed.” No mention of four incarcerated people brutally beaten – two nearly beaten to death, and a third still unaccounted for.

Prison abolitionists are putting pressure on ADOC to fire the officers involved as well as the wardens of Donaldson Correctional Facility. They are appealing for support of the following demands for justice for the Donaldson 4:

For the petition from the Free Alabama Movement calling for the immediate investigation, termination, and charging of the officers responsible for these brutal attacks: tinyurl.com/3bd4d2bv.

Devin Cole is a transgender Marxist organizer and writer. They are the president of Strive (Socialist Trans Initiative), a transgender advocacy organization in northwest Florida, and a member of the Workers World Party – Central Gulf Coast (Alabama, Florida, and Mississippi) branch.