People with untreated mental illness are 16 times more likely to be killed during a police encounter than other civilians approached or stopped by law enforcement, according to a study released December 2015 by the Treatment Advocacy Center. Disability rights journalist David M. Perry, whose son has Down syndrome, documented in research for the Ruderman Family Foundation that as many as half of all people killed by police have a disability. (tinyurl.com/y7hau3fu) 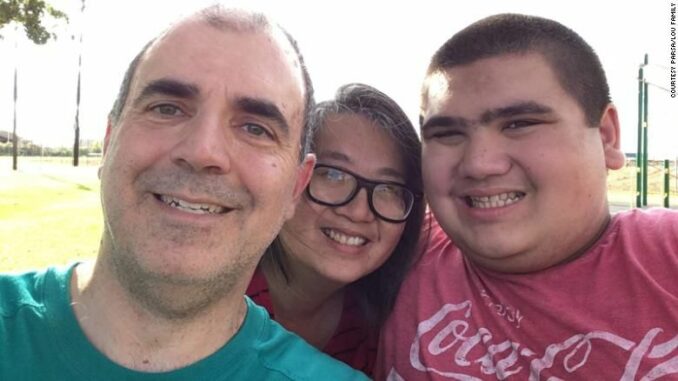 Witness the case of Eric Parsa, a Louisiana teen with autism who died Jan. 19, 2020, after Jefferson Parish Sheriff’s deputies sat on him for 9 minutes.

Parsa’s parents are suing Jefferson Parish Sheriff Joe Lopinto, the deputies involved and the owners of the shopping center where the incident occurred, claiming violations of Eric’s and his parents’ constitutional rights, as well as violations of the Americans with Disabilities Act.

Eric began to “experience a sudden sensory outburst” related to his autism, the lawsuit says, and began slapping himself and slapping and grabbing his father. An off-duty reserve deputy handcuffed Eric and sat on his back for the next seven minutes.

“Crucially, what the deputy should have done at that point, once things were calm and everything was fine, was they should have taken the weight off of Eric Parsa’s back,” said William Most, attorney for the family, during a news conference. “They should have rolled Eric Parsa onto his side to ensure that he could continue to breathe. But the deputies did not do so.”

Over the next several minutes, six more deputies arrived on the scene. One of them relieved the first deputy, getting on Eric’s back and, at one point, putting him in a choke hold, according to the lawsuit. Each of the deputies was aware Eric had special needs, the lawsuit says, but none intervened to move Eric onto his side into a “recovery position.”

“It wasn’t until his body had gone limp and he had urinated on himself that deputies rolled him into ‘recovery position,’” the lawsuit says. “By then it was too late.” The Jefferson Parish Coroner’s Office classified the death as an accident.

Brian Shea, a Boston member of the Disability Justice and Rights Caucus of Workers World Party related the story of Terence Coleman to Workers World. Coleman, a Black man diagnosed with schizophrenia, was killed by Boston police in 2016 after his mother called for an ambulance to take him to the hospital.

Police and prosecutors say he attacked emergency medical technicians with a large knife, but his mother — Hope Coleman who is suing the city — denies her son was armed or posed any danger

Terrence Coleman, who had gone inside the apartment by the time EMTs arrived, became upset when he saw blue flashing lights and told them he didn’t want to go to the hospital — but the EMTs insisted he come with them and tried to grab him.  The officers burst through the door when they heard a scuffle and tackled and shot him.

Supporters have renamed Peter’s Park in Boston “Terence Coleman Park,” in his memory and honor.

Yudelovich is a  Disability Justice and Rights Caucus activist with neurodivergent and auditory disabilities. The caucus can be contacted at [email protected].