China is now the world’s biggest market for automobiles, accounting for a third of global car sales. “It is bigger than the American and Japanese auto markets combined. GM and Volkswagen both sell more cars through joint ventures in China than in their home markets.” (NY Times Business Section, Jan. 30) 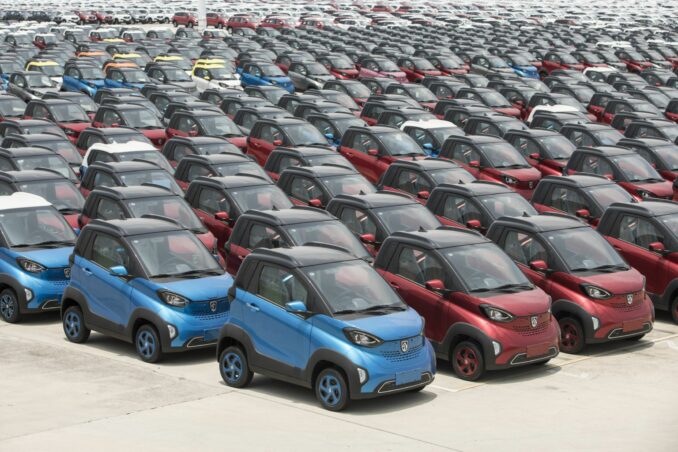 That shouldn’t be surprising. China is the world’s most populous country.

Just a generation ago, however, it was still very poor. Not forgotten are the days when people and goods were transported by human-drawn rickshaws. But today, China is a highly developed country that needs modern means of transportation.

And what kind of cars will the Chinese be driving?

Not gas-guzzling, polluting cars. Electric cars, made in China, are now starting to overtake diesel and gasoline autos in both production and consumer purchases, thanks to large government subsidies of the electric car industry. And Beijing has announced that, by 2035, all vehicles sold in China must be powered by “new energy,” with at least half of them electric.

This has impacted automakers in imperialist countries like the U.S. It helped lead General Motors to announce on Jan. 28 that it plans to eliminate the production of gasoline and diesel cars by 2035. “When it comes to global automakers’ electric vehicle plans, all roads lead back to Beijing,” admitted Michael Dunne, a former president of GM’s Indonesia operations.

In a little over a decade, China’s production of electric cars soared from just 2,100 in 2008 to 931,000 in 2020. This was the result of a conscious policy on the part of the government to subsidize production in order to combat pollution and global warming.

In addition to producing and importing electric vehicles, China has become “the leading maker of big battery packs for electric cars, producing considerably more than the rest of the world combined,” says the Times. “Chinese companies dominate the world’s production of electric motors.”

According to the World Bank, China’s poverty rate fell from more than 80% in 1981 to 12% in 2010 — the steepest decline in the world. That’s hundreds of millions of people liberated from extreme want.

Had it not been for the success of the great Chinese Revolution in overcoming both imperialist and domestic oppressors, the country would today be mired in poverty and underdevelopment for the vast majority. One need only look at India, Pakistan, Mexico, Nigeria and other large countries still shackled to the world capitalist system to see what toll this takes on billions of people.

Poor countries are the ones most impacted by climate-driven disasters, which China’s green initiatives will help reduce.