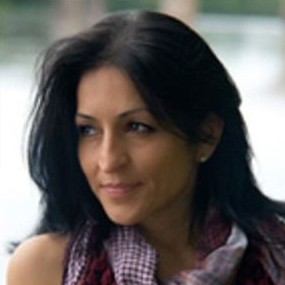 The author of this essay is a Palestinian writer, whose latest novel is “Against the Loveless World,” Atria, 2020.

Memes abounded on the internet in response to President-elect Biden’s remark during the Jan. 6 attempted right-wing coup. “This is not who we are,” he had said.

One of the most salient of memes was a graphic of six panels, one for each word in that sentence, each depicting an era in U.S. history: from slavery, lynchings and burning crosses to Jim Crow, police murders, mass incarceration and separation of immigrant families.

Biden’s sentiments were echoed across a nation looking on in horror at its Capitol building. It is difficult to know if Americans are ignorant of our history and reality or simply unwilling to have a hard look in the mirror. But it is clear that this country has no real sense of itself, clinging instead to notions of exceptionalism and eternal goodness.

Rather than engage in much needed national self-reflection, lawmakers and journalists doubled down, suggesting that the scenes in Washington were something foreign and un-American. Another popular phrase repeated ad nauseam was that the Capitol “looked like Baghdad.”

In fact, the Baghdad of my youth was a vibrant and beautiful tapestry of a high-functioning ancient society with deep cultural traditions, acclaimed literary and artistic outputs, self-sufficiency and strength — even after the CIA had engineered a coup that ultimately brought Saddam Hussein to power.

Even under her tyrants, Baghdad remained an oasis of intellectual exchange, high literacy, towering libraries and socialist ideals that met the people’s basic needs. It was only after the U.S. decimated and looted Iraq that Baghdad became what it is in the American imagination. In reality, the American image of Baghdad is simply Baghdad à la U.S. invasion.

Likewise, Libya. Once one of the most prosperous African and Arab nations, with high literacy, free health care, no homelessness, free education, free electricity and zero national debt — a U.S. invasion made Libya one of the most dangerous places in the world, where slavery, illiteracy, abuse and chaos have taken hold with no reprieve in sight.

The U.S. has sowed chaos, fear, food and water insecurity, crime and terror throughout the Global South. Those of us who know and understand this history, and present, do not see the Jan. 6 coup attempt as an aberration. It is most certainly not “like Baghdad” or like Libya or Sudan, or any other nation of Black and Brown societies unfortunate enough to have natural resources the U.S. wanted for itself.

To be clear, what happened in Washington, D.C., was wholly American. It looked like the United States that all of the Global South knows good and well. It was, and is, indeed who we are.