Brexit — the rupture between Britain and the European Union — was completed at midnight, Dec. 31.

In a 2016 referendum, in a xenophobic, racist vote fueled by dreams of a withered and long-passed imperial glory, British voters narrowly supported a proposal to leave the European Union. Only 51.9% of the votes supported the “leave” option; in Scotland, Wales and the six counties of northeast Ireland that voted, the “remain” option won big majorities. 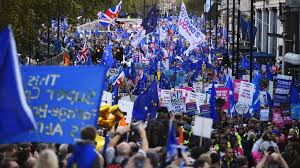 The 4 1/2 years since the Brexit vote have been devoted to working out the details and settling on the necessary compromises between the British bourgeoisie and the big French and German capitalists, who essentially control the EU. There is a lot to work out since Britain has been part of the European Economic Community since 1973, although it was never part of the eurozone, keeping its own currency.

There was a lot at stake. While Britain is on an island separated from the continent, it is historically, culturally and economically part of Europe. Some 250,000 small and medium British businesses find major parts of their markets in Europe. Trade between Britain and the EU amounts to nearly $68.5 billion a year, carried in about 4.5 to 5 million truckloads a year.

This trade flowed without hindrance, when Britain was part of the EU. It no longer does.

The financial markets in London — banks, insurance companies, stock traders — did about a third of all the financial transactions in the EU in 2018 (the last year figures are available). The negative effects of Brexit on this market, which has brought the British financial capitalists tremendous profits, might wipe the smile off their faces. How deep the British bourgeoisie will frown is yet to be determined.

Other issues remain undecided, and many work-arounds could collapse. One of the major wrinkles in this Brexit deal is how the land border between the Republic of Ireland and the six counties in the northeast of Ireland that London still controls has been shifted to the Irish Sea.

It is going to take a considerable amount of time to work through the 1,250 pages of the bill implementing Brexit.

Effect of Brexit on workers

The Trades Union Council of England has clearly stated its objectives on Brexit. Most of its members — at least 60% of them according to polls — oppose Brexit.  The TUC wants to preserve “all the hard-won workers’ rights that come from the EU” and intends to make “sure that [British] workers get the same rights as workers in the EU into the future.”

It demands “Guaranteeing the rights of EU citizens working in [Britain], and those of Brits working abroad.” (tinyurl.com/yacjzf6k) 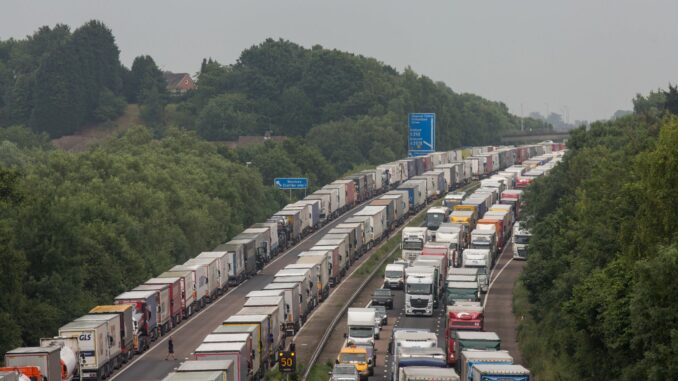 The European Transport Federation, which represents truck drivers and ferry workers, has built a working alliance with Unite the Union, which is the largest union representing truck drivers and ferry workers in England and Ireland. They are both very much concerned about the delays and extra work that will result from conforming to the new customs declarations and the COVID-19 restrictions about testing and crossing borders.

While truck drivers are, after agricultural workers, already the worst off in terms of working time and working conditions, the current limits imposed by European law on driving time “are the only way, although very insufficient, to ensure some safety on European roads” according to the ETF.  British drivers are probably no longer covered by these regulations after Brexit, even if they are driving on the Continent.

The ETF, strongly supporting the demands of Unite on the British government, points out “that the average age of truck drivers is 54 years old. They are a group of workers who have been exposed to the stress and pressure of work for decades.” (force-ouvriere.fr, Aug. 27)

Trucks were moving additional freight in anticipation of customs duties going into effect at year’s end, as France closed its borders to traffic from England on Dec. 20. This provoked a huge traffic jam. In days, some 17,000 large trucks stacked up in England’s southeast where the ferries and tunnel to France are located. Drivers had no toilets and no food, with many upset they were not getting home for Christmas.

Both the ETF and Unite worked to resolve this problem, which involved testing and quarantine facilities for drivers who tested positive for COVID-19. This immense jam showed how sensitive traffic between England and France is to any hitches.

Unions representing truck drivers, who will be immediately affected by Brexit, are working hard to keep the costs and pressures of Brexit off the backs of workers.