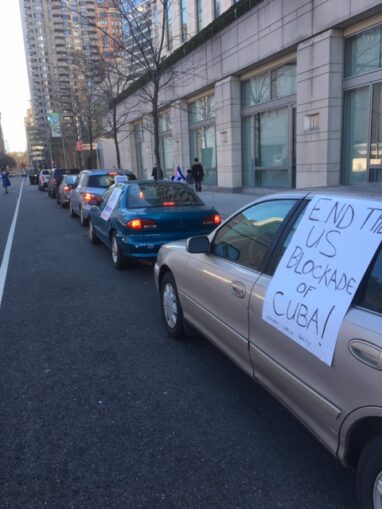 Workers World Party joined with Cuba solidarity groups on Dec. 27 in a car caravan through the streets of midtown Manhattan, N.Y., demanding an end to the U.S. blockade of Cuba and an end to the U.S. occupation of Guantanamo. The event culminated in a rally at the statue of Cuban hero José Martí.  Simultaneous caravans were held in Miami and other cities. 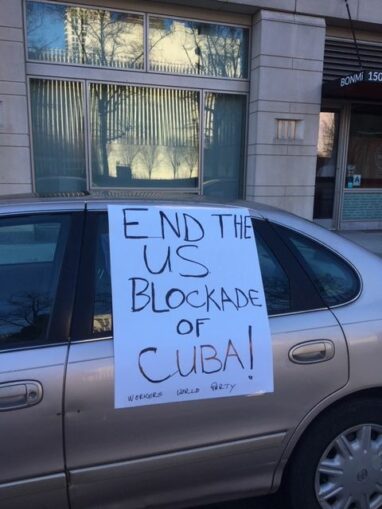 – Photos and caption by Bill Sacks