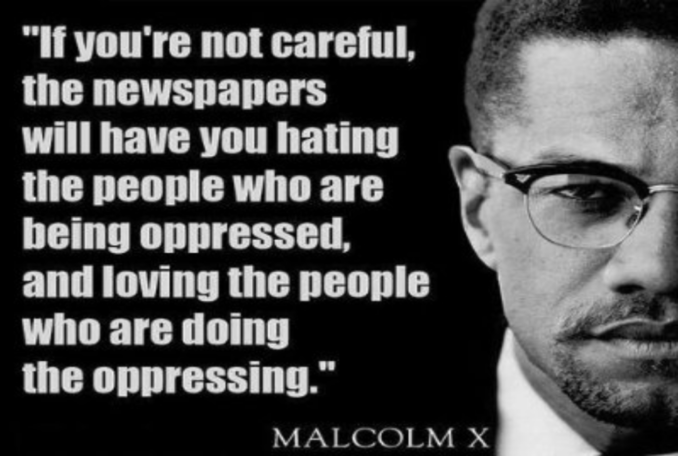 In an historic week that has witnessed demonstrations, too numerous to count, against police brutality in the aftermath of the brutal murder of George Floyd by Minneapolis police on May 25, another anti-racist movement is growing.

As reports surface of police intentionally targeting journalists across the U.S, especially Black and Brown reporters, journalists of color are speaking up and taking action against decades of major publications refusing to address racism — especially in two notable newsrooms — the Philadelphia Inquirer and the New York Times.

On June 4, 44 journalists of color at the 200-year-old Philadelphia Inquirer staged a sick-out strike one day after forcing a public apology from the Inquirer editorial staff for a blatantly racist headline — “Buildings Matter, Too” — posted on June 1.

This article addressed plans to repair property damages to buildings and infrastructure following May 31 anti-racist protests in communities of color that exploded in an expression of outrage over unaddressed systemic racism.

The journalists issued a collective statement detailing what they see as decades of management ignoring their concerns and the glaring lack of people of color on the editorial staff since the retirement of Black editor Acel Moore in 2005.

In a June 3 letter to the Philadelphia Inquirer management these reporters stated: “As journalists of color, we do more than report on the community — we are the community. We do our best to give the community a platform to be heard. We strive to represent the voice of the people.

“It’s no coincidence that communities hurt by systemic racism only see journalists in their neighborhoods when people are shot or buildings burn down. It takes commitment to correct and improve that relationship. It is an insult to our work, our communities, and our neighbors to see that trust destroyed — and makes us that much more likely to face threats and aggression. The carelessness of our leadership makes it harder to do our jobs, and at worst puts our lives at risk.

‘We demand a plan, with deadlines’

“It is an act that pains us, knowing that now more than ever it is our duty and responsibility to uplift the marginalized voices of our community. But in this moment, it is more important for us to stand alongside those who have risen up against systemic racism and inequities and call on the Inquirer to do better. To be better.

“We demand action. We demand a plan, with deadlines. We demand full, transparent commitment to changing how we do business. No more ‘handling internally.’ No more quiet corrections. If we are to walk into a better world, we need to do it with our chests forward — acknowledge and accept where we make mistakes and show how we learn from them. Your embarrassment is not worth more than our humanity. This is what it means to ‘give a damn.’”

On June 7, the Inquirer announced that Executive Editor Stan Wischnowski, who joined the paper in 2000, and signed the public apology issued by the newspaper, had tendered his resignation.

On June 3, the New York Times faced its own “open revolt” when over 800 staff members publicly expressed outrage over its editorial decision to publish an op-ed by Sen. Tom Cotton (R-AR) calling for military intervention in “violent riots” entitled, “Send In the Troops.” Several N.Y. Times reporters called in sick in response.

The Times editorial page editor, James Bennet, tried to defend the publication of Cotton’s op-ed as a “both sides” argument. On Twitter, it was noted that “running this put N.Y. Times Black staff in danger.” On June 7, Bennet resigned.