May 24 — Strikes broke out May 7 in several apple packinghouses and continue in Washington state’s Yakima Valley. Latinx workers are striking more than a half-dozen big, rich packinghouses. 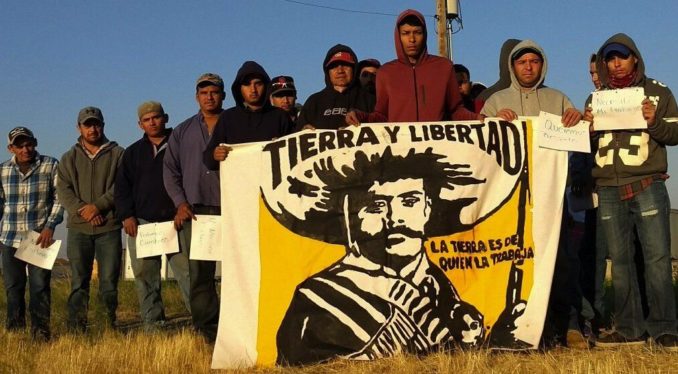 Fruit packers in Washington state are in their third week on strike.

At least 400 workers have stayed out on strike for safety for more than two weeks — a great feat because they don’t yet have unions. Workers have formed a caravan with many women in the lead and march from one packinghouse to another to encourage others to march out.

They are protesting the high rate of COVID-19 infections and the lack of safety equipment and measures in the packinghouses. Scores of workers have become infected. They demand face masks, sanitization, plastic shields on packing lines and testing. They are also demanding hazard pay — usually an extra $2-an-hour — for being essential, frontline workers. They now earn only the Washington state minimum wage of $13.50 an hour.

Yakima County now has 500 cases of COVID-19 in agriculture-related industries alone. And the agricultural season is just getting underway.

In the face of this, the Trump administration acted for the bosses and against the workers. On May 18, the Food and Drug Administration and the Department of Agriculture ruled that the Defense Production Act could be invoked to keep the plants open, even if that meant overriding closure actions called by local officials. (Seattle Times, May 23)

Nevertheless, on Friday, May 22, the workers at Monson Fruit reached a new labor agreement — a victory for the workers’ movement. Their five-worker negotiating committee gained an agreement for sanitization, social distancing and enforcement,  and worker safety. The committee will continue to negotiate for fair wage increases as they go back to work.

The state, which has always defended the agribusiness bosses, was forced to set up testing for COVID-19 at the picket line outside one of the packinghouses. As this article is written, strikes continue at five packinghouses.

The workers have been assisted throughout by representatives of Familias Unidas por la Justicia/Families United for Justice — a 400-member union of berry field workers and workers in solidarity.

“If we’re essential, as recognized by law,” one of them asked, “why aren’t they giving us the pay we’re asking for?”