This is a slightly edited version of a talk given during the “What Road To Socialism?” webinar held by Workers World Party on May 16. 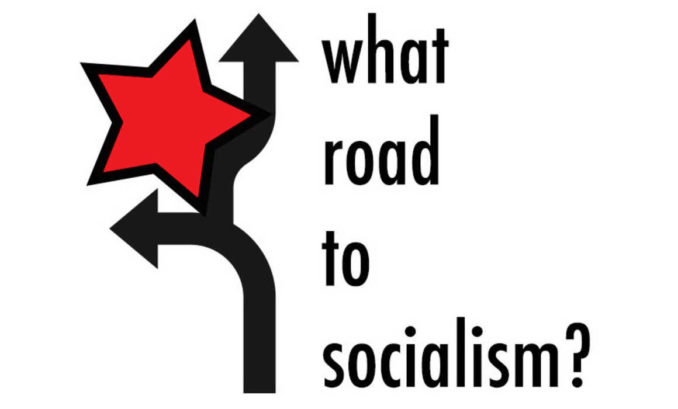 I appreciate being given the chance to speak on such a critical topic as health care in the so-called United States. Many comrades have already spoken of the current conditions within the health care sector, so I’ll save us from rehashing what we all know: Capitalists are using the pandemic as an opportunity to monopolize and undermine what few rights we have and bleed workers dry.

For the most part, current efforts to organize health care workers around the capitalist response to COVID-19 have been limited to trade unionism, with the bulk of attention and organizational efforts being placed on doctors and nurses.

Within the party, we support these organizational efforts, while recognizing that they are not enough. The formation of a health care workers’ caucus that includes people not typically regarded as health care workers — hospital laundry workers, massage therapists, patient technicians, workers in assisted living facilities and more — represents only a launching point for us.

There is a dire need to create a health care system that cares more about patient health than profits. This not only needs a socialist economic revolution, but a cultural one. The U.S. medical system was born of white supremacist and eugenics ideology, the ideology and culture of capitalism and settler-colonialism.

In order to join our Cuban comrades on the path toward a communist economic and health care system, we must begin the process of divorcing medical care from its capitalist base. Medical professionals must immerse themselves in their communities and organize health clinics that are controlled by the people — and completely reject capitalist nonprofit methods.

I’ll refrain from going into specifics, but this must also include taking actions that subvert the capitalist system for the benefit of our patients. Our medical theories also need to be rooted in dialectical materialism. If the living, environmental and cultural conditions that our patients experience are negatively impacting their health, then it is our duty to fight to change them, just as we would a bacterial infection.

We also need to struggle with our co-workers who hold backward positions and combat all instances of racism, sexism, xenophobia, transphobia and other forms of bigotry in medicine.

If we organize the people and take the necessary steps to eliminate capitalist ideology and culture, then the natural empathy and desire to help others — which so many of us health care workers have — will overcome this murderous system of capitalist health care.

Taegan (she/her) is a transwoman, Emergency Medical Technician and member of the Central Texas branch of WWP. She is a veteran of the U.S. Navy who hopes to live in service to workers and the oppressed against the empire.