Worker actions and organizing to save lives during the coronavirus pandemic have run into conflict with the capitalists’ efforts to make all the profits they can during this crisis.

More than 300 imprisoned im/migrants have joined a mass hunger strike in Tacoma, Wash., protesting a coronavirus epidemic that is spreading within the Northwest Detention Center (NWDC). The prison is run for profit by the GEO Group under Immigration and Customs Enforcement control. 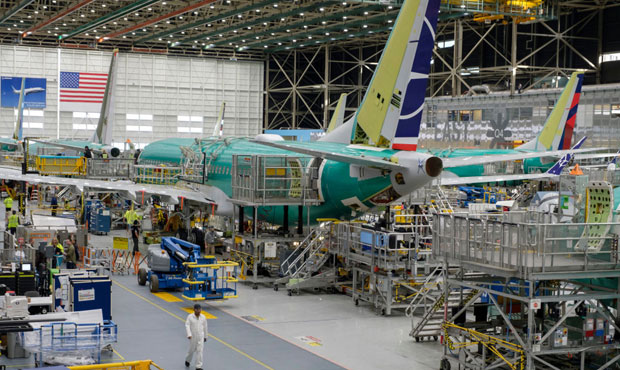 La Resistencia, a local prisoner solidarity organization, reports that detainees are now striking in six other detention prisons in Georgia, Florida and Louisiana. This is the 20th hunger strike for justice, and maybe the largest, to take place in the Tacoma prison in recent years. The prisoners contacted La Resistencia, which is holding motorcade support actions for them on March 30 and 31.

The prisoners said in a press release: “We want to be released because, in here, there’s no protection from the virus. We are on a hunger strike because we know it’s not true that we will receive medical care in the NWDC.”

The strike is indefinite, with plans to continue until the following demands are met: 1) Provide humanitarian visas for those inside. 2) Reunite those inside with their families. 3) Stop all deportation and immigration proceedings until the pandemic has concluded.

Prisoners in detention centers, along with those in other state and federal prisons, are standing up against any “final solution” in these concentration camps.  Even the U.S. Department of Homeland Security has described detention centers like the

NWDC as “tinderboxes” where a spark can set off a terrible and rapid spread of disease among those detained.

Boeing finally shut down all its Washington state plants after a Machinists union (IAMAW) shop steward died from COVID-19 on March 22. The South Everett plant where the shop steward worked had most of the 25 coronavirus cases at Boeing’s local facilities. The South Everett plant, with 36,000 workers, was not shut down until “anger at management had grown to a near mutinous pitch,” according to the March 23 Seattle Times.

The Boeing shutdown is for two weeks, but could be longer.  The workers are to receive two weeks pay.

Machinists at Boeing had been complaining for some time about the lack of cleaning and sanitizing in the plants. A South Everett worker said, “I have not seen a single employee clean inside of an airplane, where the majority of employees spend their day working in confined spaces in groups of up to eight people.”

Boeing is slated to receive a multi-billion-dollar chunk of the $2.2 trillion bailout plan just passed by Congress. As a “national security” contractor, Boeing is resistant to shutdowns and favored by Wall Street, but it can be forced to bend under working-class pressure.