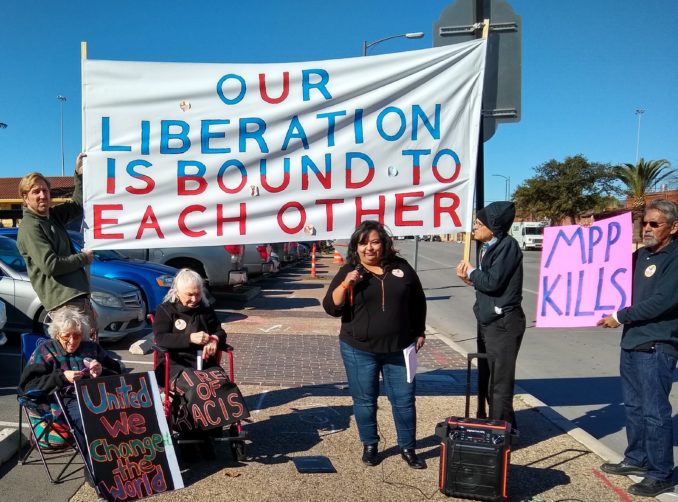 Immigrant-rights activists and advocates gathered in protest outside a San Antonio, Texas, courthouse on Jan. 29, the  anniversary of the implementation of the “Migrant Protection Protocols.” MPP, one of the crueler elements of Trump’s war on migrants, has forced over 57,000 vulnerable asylum seekers to wait in dangerous conditions in Mexico for months, according to a statement from the group RAICES (The Refugee and Immigrant Center for Education and Legal Services), which called the demonstration. Inside, immigration judges were spending only two to three minutes per case via videoconference to rule on asylum appeals. Outside, speakers told of the horrors of the system and protesters vowed to ramp up the fight to shut it down.

— Report and photo by Shelley Ettinger