Hundreds gathered at Houston’s busiest intersection Feb. 1 to condemn the “Deal of the Century” after the release of President Donald Trump’s so-called “Peace Plan for Palestine and Israel.” The document has united all Palestinian organizations and people who condemn this as a colonial, apartheid plan that legitimizes the theft of Palestine. 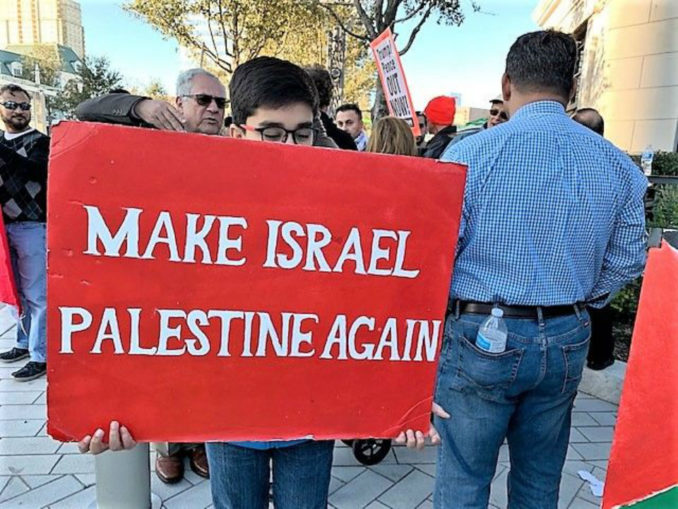 Activists, organizations and extended families came out to strongly condemn both Trump and Israeli Prime Minister Benjamin Netanyahu for their arrogance in disregarding international law and human rights.

Cars honked in support for the Palestinian cause. From toddlers to great grandparents, people carried signs and Palestinian flags. They cheered and chanted slogans as speaker after speaker condemned Zionism as well as the U.S. and Israeli governments. 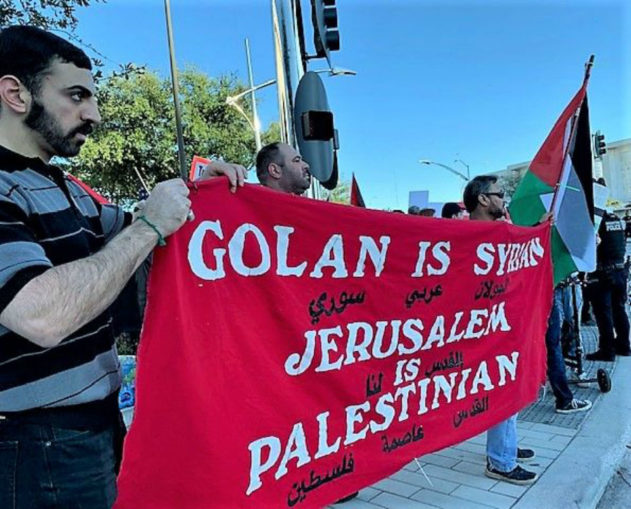 — Report and photo by Gloria Rubac