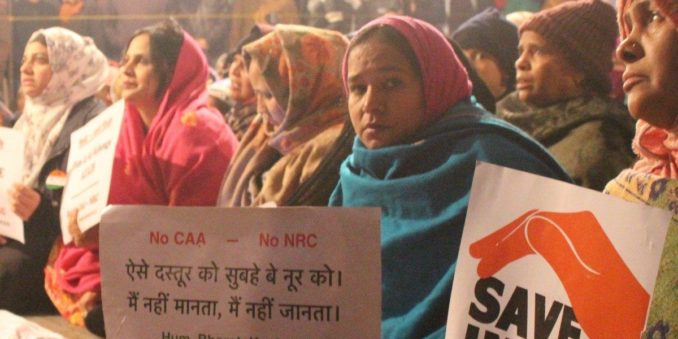 Millions of people have taken to the streets in India in massive protests to denounce Prime Minister Narendra Modi’s policies that pose immediate threats to Muslims and their citizenship rights. On Dec. 11, he orchestrated passage of the Citizenship Amendment Act, a discriminatory amendment to India’s existing citizenship laws.

Critics say this law, combined with the creation of a National Register of Citizens proposed on Nov. 20, can be used to disenfranchise, incarcerate or deport large numbers of Muslim citizens. Effectively, they would make millions of poor Muslims in India stateless.

Since the CAA was passed, Indians have defied government bans and restrictions on assembly to demonstrate in many cities, leading to clashes with police that have left 27 protesters dead. Muslims have spearheaded the protests, with allies from many communities joining them.

Demonstrations have continued into 2020. More than 200,000 people assembled in the city of  Kochi in the state of Kerala on New Year’s Day. An encampment perseveres on a highway outside of Delhi, the country’s capital.

Organizers say over 200,000 protesters marched in the “Million March” in Hyderabad, the country’s “technology hub,” on Jan. 4. Other protests took place that day in southern cities in Karnataka, including Bengaluru, the state’s capital.

Women have helped organize the protests since they began, and they have been on the front lines. Braving the cold, hundreds of Muslim women of all ages have maintained an outdoor occupation in Delhi’s Shaheen Bagh neighborhood since Dec. 15. Women marched through Kolkata on Dec. 22.

Members of the LGBTQ2+ community demonstrated in Delhi on Jan. 3. They waved rainbow flags, carried placards and shouted slogans, including “We want freedom from fascism.”

Opponents assert these laws violate India’s 1949 constitutional guarantee of secularism, equality and nondiscrimination. The term “secular” was incorporated into the Preamble by the 42nd Constitutional Amendment in 1976. It stated that all religions in India would get equal respect, protection and support from the state.

Modi’s new law will grant citizenship to all Hindu, Buddhist, Jain, Parsi and Christian refugees from Afghanistan, Bangladesh or Pakistan who entered India on or before Dec. 31, 2014, without valid documents. It specifically excludes Muslims from the list, effectively labeling all Muslim migrants illegal.

Modi already has blood on his hands from his term as chief minister of the state of Gujarat, when he allowed over 1,000 Muslims to be massacred over a two-month period in 2002. The riots took place after 60 Hindu pilgrims accidentally burned to death in a train crash, for which Muslims were unfairly blamed.

The Modi government’s response to the people’s resistance has been to suppress dissent by imposing curbs on public gatherings in many areas of India. The government has also implemented 95 internet blocks — the highest number in the world in 2019 — in an attempt to stop the protests. In Kashmir, occupied by India for decades, broadband and mobile data services have been cut off since August.

The Coalition Against Fascism in India is asking South Asian students in the U.S. to sign a statement decrying the Indian state’s fascist acts. (tiny.cc/nxuciz) Another solidarity petition is at tinyurl.com/yemvnyku. There will be solidarity protests Jan. 26 in many U.S. cities; for information, emailt [email protected]. 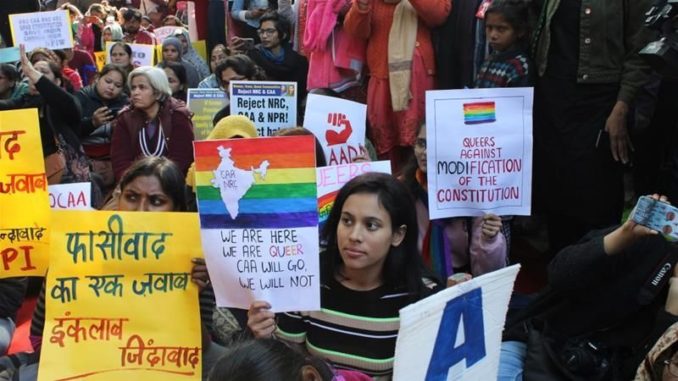 India is the world’s third-largest economy. The U.S. is the country’s largest trading partner. In 2018, the Trump administration increased duties on 14 percent of India’s exports to the U.S., which benefitted domestic corporations. Modi retaliated by slapping new tariffs on 6 percent of U.S. exports to India.

The U.S. and Indian governments may disagree on some trade issues, but when it comes to militarism, racism, xenophobia, Islamophobia and misogyny, Modi and Trump agree.

In 2015, then President Barack Obama and Modi signed a “Joint Strategic Vision for the Asia-Pacific and Indian Ocean Region” that substantially increased U.S. weapons exports to India. From 2013 to 2017, U.S. arms shipments to India increased by 557 percent over the previous five-year period.

As part of Washington’s campaign to threaten China’s ports across the Indian and Pacific oceans, Trump and Modi agreed on a new deal for India to purchase $1 billion worth of naval weaponry — in addition to the current $18 billion in U.S. arms sales to India.

Modi has also broadened ties with the Zionist, “terrorist” state of Israel, with massive armaments sales and technology transfers from Jerusalem to Delhi, meant for use against India’s diverse population and its neighbors, Pakistan and China.

Modi’s right-wing ideology of “Hindutva” reveres and mimics Zionism: The Hindu majority would rule over Muslims and other minorities in India, like Israel brutally oppresses Palestinian people in their own homeland.

Progressive movements fighting against Israel’s repression in Palestine and endless U.S. wars worldwide need to show solidarity with youth and workers demonstrating against Modi’s terror in India. United, the people will win!