As the rate of evictions in this rapidly gentrifying city reaches a fever pitch, people here have banded together to demand that the Durham Housing Authority stop displacing residents over the winter season and recognize housing as a human right. 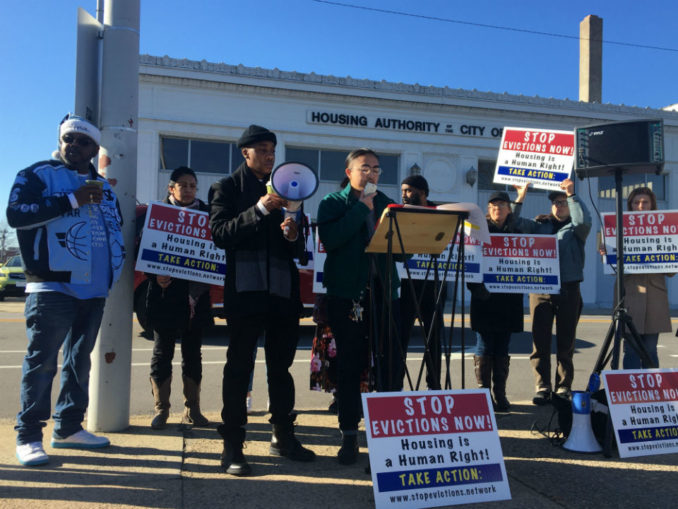 The Emergency Committee to Stop DHA Evictions — a broad, diverse coalition of residents and activists — announced the launch of a new campaign on Dec. 20 outside the Housing Authority. The committee presented a petition supporting its demands, including a moratorium on evictions through March 31. Similar moratoriums have been initiated in Richmond, Va., and Oakland, Calif.

“What has happened is that we have been bamboozled; we have been hoodwinked into a situation because of our needs. We are Black people, Hispanic people and poor whites who need housing,” said Rafiq Zaidi, a resident of Durham public housing.

On Nov. 5, city residents voted overwhelmingly for a $95 million public bond to support affordable housing. Most of that funding will go to DHA, an agency that working-class residents have little trust in and see as ill-suited to handle its responsibilities toward the people.

DHA director Anthony Scott, present at the press conference, claimed his agency was being subjected to mistargeted ire. According to Indy Week, he said, “There’s no need for a moratorium, because if a resident talks with us [about making pay arrangements], no eviction is filed.” Scott also claimed the number of evictions had decreased, since analysis by Legal Aid found the agency had filed 540 eviction cases in the first six months of 2019.

Activist Loan Tran quoted the petition: “Historical trends indicate that the number of evictions increase over the holidays, which puts families and vulnerable individuals in even more precarity.” 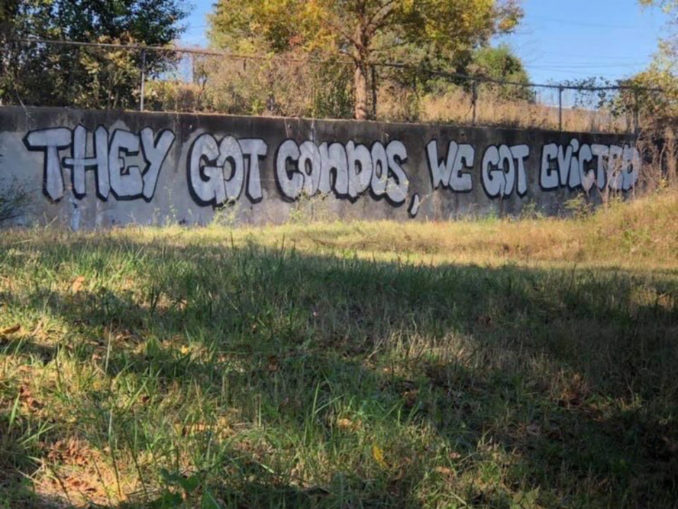 In fact, while the number of evictions has gone down since a midsummer high, evictions again began to increase in October and November — at double the rate during the same period in 2018.

The campaign comes at a time when the city of Durham is undergoing massive shifts in racial demographics and wealth concentration, as longtime, less wealthy residents are being pushed out by newer, comparatively monied, and often white, new arrivals.

The $95 million housing bond is supposed to be used in part to redevelop five much-needed community housing projects in Durham.

Black Youth Project 100, Durham chapter Co-Chair AJ Williams said that DHA needed to show it is capable of meeting community needs in return for that large investment: “We demand that not a dime of the housing bond be released to DHA until it stops its out-of-control eviction filings.”

The coalition’s petition gathered over 1,000 signatures in a few days, with support from over 20 organizations, including the Durham City Workers Union (UE 150), Durham Workers Assembly, NC Raise Up for $15, National Domestic Workers – We Dream in Black, Black Youth Project 100 Durham, NC State AFL-CIO, Durham Association of Educators, the Human Relations Commission, Carolina Jews for Justice and others.

The Emergency Committee to Stop DHA Evictions’ petition, as well as more resources on Durham’s eviction crisis, can be found at stopevictions.network.