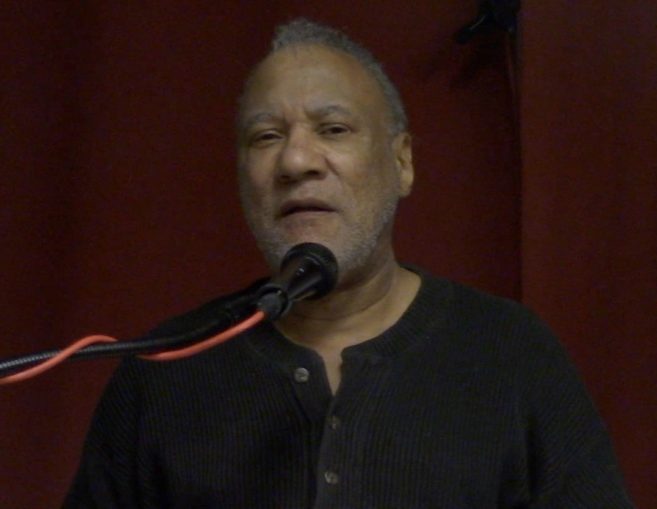 Why do we even pose the question: “What road to socialism?” Because hundreds of millions of people on this planet are turning to socialism, to some idea of it. As we all know there are different ideas of what socialism is.

Tens of millions of those people are here in the U.S. They’re not exclusively young people, but a lot are. And thousands, probably tens of thousands, are activists. They’re doing campaign work for Bernie Sanders or Alexandra Ocasio-Cortez, or worker organizing, or support for migrants, or climate struggle work, and some are in the anti-racist movement.

But don’t confuse the leadership with the large numbers of people coming into the organization. Some of them no doubt may not evolve beyond reformism and social democratic politics. But some of them are open to a turn to a revolutionary orientation as far as their embracing socialism is concerned.

Our job is to win some of them over to a communist cadre organization — to a revolutionary orientation. We are optimistic that if we study and do our work in a patient way and learn from our mistakes, we can do this.

We’re not opposed to participating in bourgeois elections, on either a local or a national level. What we are opposed to is legitimating those elections. If we participate, that is, for the most part, to expose elections as being a dead end for the workers and the oppressed.

We’re for things like Medicare for All and cancelling student debt and free tuition and some of the other progressive demands.

But here is the big difference between the reformists and the revolutionaries. We may march for some issues with reformists — the political people who have tied themselves to the Democratic Party. But it is not in the interest of the social democrats, for the most part, to actually try to bring the workers and the oppressed into the struggle, to empower them, to shut shit down so that they begin to feel their weight.

What happens when workers and the oppressed take over the struggle? They break with the notion that things are determined in courtrooms and legislatures and so on.

Revolutionaries know we’ve got power, especially when we are out in the streets in large numbers. The reformists have the opposite orientation. Keep the masses proscribed, keep them down, make it all about the candidates.

Imagine if some of these so-called progressive social democrats were asking all the young people to ‘shut it down’ in order to win Medicare for All or to cancel student loans. But that’s not their orientation.

The school of struggle

The struggle itself — whether it directly involves workers — is always a class struggle. Like fighting racist police terror is part of the class struggle.

What all the great revolutionary leaders and theoreticians have taught us is that a struggle is a school.

The struggle is a school where the workers and oppressed learn how they can empower themselves, separate themselves from the status quo, challenge capitalism, and learn more and more with each struggle and ultimately become more revolutionary — until they feel that they no longer need the system or any kind of pretense, and they can take it all the way.

And it’s important for us to ponder that, because to a large extent, I think it’s in the course of the struggle that we will have the contest with the reformists and the social democrats. The next one to three years, I’m guessing, will be critical for revolutionary forces in the working-class movement, at least in the U.S.

Why? Because that is enough time for the next global capitalist crisis to develop, whether provoked by something in the financial markets or something else. Though you must consider sometimes things don’t turn around in terms of the struggle right away. Sometimes there’s choking demoralization among the masses, as was the case during the Great Depression and the stock market crash of 1929. It took a while before the working class got on its feet and started fighting back.

When the capitalist economic crisis comes

We haven’t talked a lot about the looming economic crisis. The International Monetary Fund held its annual meeting in October in Washington, D.C. Didn’t hear much about it; had to read the financial papers. This was a heavy meeting. Some of the bankers and heads of banks in the U.S. are pretending that the U.S. is different in relation to the financial markets. It’s not. The U.S. economy’s a little stronger, but that ain’t gonna last.

Christine Lagarde was not too long ago the head of the International Monetary Fund and recently she became the head of the European Central Bank. She said, “The financial markets, particularly in the U.S., have completely lost touch with the global economy, which is sinking. Sooner or later, a moment of truth is going to arrive.”

Mervyn King, a highly respected banker, spoke; he was the head of the Bank of England during the 2008 crisis. He said, “The world is on the edge of the repeat of another financial Armageddon. There are a lot of articles circulating about how what’s going on in the U.S. in terms of the Wall Street traders and coupon clippers is delusional.”

What’s coming? We can’t say when, all we know is that an economic crisis is coming. It’s going to have a big impact. Let’s remember the social and political impact of the 2008 crisis when the capitalist financial system collapsed worldwide and almost died.

I won’t go into all the things that the bankers did to revive it — they’re still doing it, with low interest rates and so forth — but a lot of things also happened in terms of how it affected the working class. Go to any towns that had factories and workers and unions, and now what they have is substance abuse. That’s from the deindustrialization of the 1980s to the 2008 crisis, and now it got worse.

The crisis really hit young people around the world. It took away the promise, the hope that all you had to do was get a degree, pay off your loans, and most likely there’d be a comfortable place for you, either in the upper-middle class or in the bourgeoisie.

That hope is over, and that was one of the reasons for Occupy Wall Street and the Occupy movement. I would say the Black Lives Matter movement was also a result.

The next crisis is going to push the radicalization that happened over the last 10 years even further, into deeper and more vast sections of the working class. The question won’t just be about reforming capitalism — that already is the question!

The question is: Will it be sharper? Is capitalism viable? Or in order to save ourselves, do we have to get rid of it?

We will be in the school of struggle, and each struggle is a lesson that gets us closer to revolutionary barricades.

The new face of the working class

Let me conclude by posing a number of questions as we prepare for what is coming. Forget about my timeline, I can’t promise that it’s one to three years — that seems like a good time frame, but I could be off.

Some questions as we prepare are: How do we rebuild our party so that, when the struggle demands us, we’ll be in shape to meet that responsibility, when our role could be decisive? How do we deepen our roots in important sections of the working class? Every sector of the working class is important, including the older members trying to hold on to their pensions.

I don’t think we should limit ourselves to any particular sector, but I do see two that we should focus on. The first is migrant workers. They are the most oppressed, they are growing, they are militant, and this is why there’s a war against them. The bourgeoisie is trying to break them as a potential weapon that would push the entire working class forward. If we deepen our influence in the migrant working class, that’s a big step in really making WWP a workers’ party.

Second, the youth. There was a time, certainly when I was young, when we as organizers sort of considered youth, they’re good because they’re marching against the [Vietnam] war, they’re shutting down shit the best they can. But our question was always: What will happen to them? Maybe they’ll have their couple of semesters of struggle, and then they’ll get their degrees and their comfortable life.

From a socioeconomic, political perspective, you could say that was true for 1969 or 1972. But that’s not true anymore. Young people are the working class. That’s not understood in some places; even the labor movement hasn’t grasped it. In this gig economy, it doesn’t matter how many degrees they’ve got, they’re not able to keep jobs or earn a living wage. This is the new face of the global working class, and in many ways the youth are the most dynamic, the newest sector.

If we are doing what we need to garner influence among young workers, even those who do not realize that they’re workers, that’s a big thing. By young people, obviously we mean LGBTQ2+ people and women, and all the industries and areas they work in.

The road to revolution

How do we strengthen working-class internationalism? How do we help our class on a global scale, to act as a class, to be conscious and supportive of workers and the oppressed everywhere, regardless of language and geography? That’s rough, but we have to tackle it if we’re on the revolutionary road.

And how do we struggle against the unnecessary, unhelpful and sometimes demoralizing fragmentation in the left movement? The workers and oppressed are involved in many struggles, most often local struggles. How does each get its due? How can we connect the dots between struggles? How do we get people to look beyond their region and look beyond the issues that define their struggle?

Of course, there are a lot of differences in the political movement among those who call themselves communists and socialists and Marxists, and some of those are big issues. Some of them are so big that they can’t be reconciled, like oil and water. But having said that, a lot of activists who consider themselves revolutionaries should be working together on a global basis. And the reasons why they don’t: Some of those seem sectarian, some seem very short-sighted, some reasons seem based on the past and some seem just being stuck in the way they did things 10, 20, 25 years ago.

There’ll be no big revolutionary breakthrough unless some of this fragmentation is broken down. Those of us who have been around long enough to be part of that fragmentation — and I hope people consider WWP to be a very small part of it — how can we fight that fragmentation? If we don’t do it, there’ll come a time when young people, new forces, will just push everyone who’s been around for a while aside, for better or worse.