The New York branch of Workers World Party held a public and livestream forum Nov. 23 on “What Road to Socialism?”  The speakers included Makasi Motema, an organizer with the People’s Power Assemblies/NYC, who spoke on connecting the struggle against racism worldwide and breaking down imperialism’s lies; Larry Holmes, First Secretary of WWP,  on uncovering the nuances in the turn in consciousness we are witnessing today toward socialism and struggle, the role of revolutionaries and a revolutionary party; Scott Williams, a Philadelphia WWP organizer, who spoke on the upsurge in interest in socialism among youth and the need for revolutionary strategy in the coming period; and Taryn Fivek, who gave a report back from the anti-imperialist gathering in Cuba against neoliberalism and for socialist democracy. Fivek also noted the differences between bourgeois and working-class democracy. 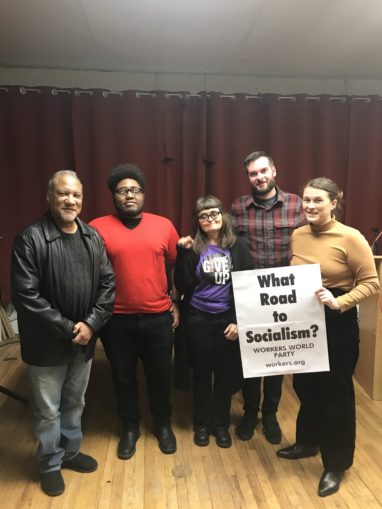