A busload of students from Prairie View University, one of the Historically Black Colleges and Universities, were there. A young man from Wisconsin drove to Austin with hundreds of large white flags — which he printed himself — reading INNOCENT! with a silhouette of a man behind bars. He was attaching them to 10-foot poles for all who wanted one. 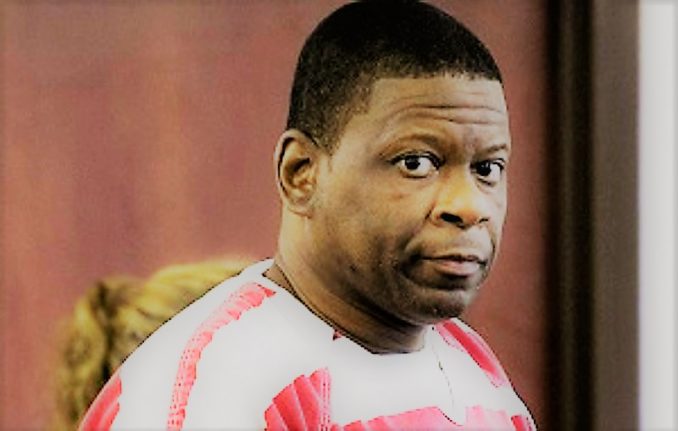 The Texas Death Penalty Abolition Movement took carloads from the S.H.A.P.E. Center in Houston to Austin. One of the drivers was Ozell Brandley, brother of Clarence Brandley, who was freed from Texas death row in 1990 after wrongfully spending 10 years awaiting execution.

Reed’s case has become the most publicized and well-known death penalty case in recent history. From celebrities like Oprah Winfrey, Beyonce, LL Cool J, Rihanna, Dr. Phil McGraw and Kim Kardashian to national media like CNN, The New York Times and Democracy Now! Reed’s case is being recognized around the country as one of injustice.

Support keeps pouring in: from Steve Adler, the mayor of Austin; Texas Sen. Ted Cruz; Joe S. Vasquez, the Catholic Bishop of Austin; and the dozens of Texas legislators from both parties who have contacted the governor. Sister Helen Prejean, known for her book opposing the death penalty, “Dead Man Walking,” is an advocate for Reed.

If you are not one of the over 2.5 million people who have signed the petition to stop Reed’s execution, you must do it right now! Go to FreeRodneyReed.com. The scheduled execution is only days away, and we must stop it.

Reed, who is African American, was convicted of raping and murdering a young white woman, Stacey Stites, in 1998 in the small, overtly racist town of Bastrop. The two were involved in a romantic relationship, and it was not common to see interracial couples in Bastrop. The all-white jury who sent Reed to death row obviously disapproved.

A little background on Bastrop: Standing about 50 feet tall outside the Bastrop County Court House is a towering obelisk, a monument engraved with the Confederate battle flag erected by the local Daughters of the Confederacy in 1910. The majority in the town want to keep it there.

Less than a mile away lives Reed’s mother, Sandra Reed, on Martin Luther King Drive. She and her whole family have fought for two decades to stop the injustice against Rodney Reed.

The real reason Reed took the hit for this murder is that the actual killer was very likely the white cop who was engaged to Stites, Jimmy Fennell. All evidence points to him, and in the last few weeks people have given sworn statements that he confessed to the killing. Fennell recently served 10 years in prison for kidnapping and raping a woman he stopped for a traffic violation. But at the time of the crime against Stites, local cops were covering up for him.

The Death Penalty Information Center’s Executive Director Robert Dunham told the Texas Observer, a progressive news magazine, that the Reed case has generated so much attention because it “has all the characteristics of what used to be lynchings. … This looks like an African-American man is being railroaded to his death because of a consensual relationship with a white woman who was cheating on a dirty cop.”

So many facts have come out recently that anyone with a clear mind can see that the wrong person is awaiting execution. The murder weapon, a belt that was used to strangle Stites, has never been tested for DNA despite the defense’s requests. The highest court in Texas has denied testing. In 2018 the U.S. Supreme Court declined to directly review the Texas courts’ denial of DNA testing.

Renowned forensic pathologists, including Michael Baden, M.D.; Werner Spitz, M.D.; LeRoy Riddick, M.D.; and Cyril Wecht, M.D., have all concluded that Reed’s guilt is medically and scientifically impossible. The state’s three forensic experts have admitted on record to errors in their trial testimony, which led to Reed’s conviction and death sentence.

Fennell’s best friend at the time of the crime, Bastrop Sheriff’s Officer Curtis Davis, has now revealed that Fennell gave an inconsistent account of where he was the night of the murder. On Oct. 29, Arthur Snow, who was in prison with Fennell, disclosed a conversation in which Fennell confessed to murdering Stacey Stites, stating, “I had to kill my n-loving fiancée.”

Reed will likely be present for a hearing on his case on Nov. 13. He asked his family during a visit Nov. 1 to gather people to rally outside at noon and then attend the 1:30 hearing. The Rev. Al Sharpton will be one of many speakers.

As Reed’s brother Rodrick Reed has explained many times, this isn’t just about his brother. There are many Rodney Reeds wrongfully imprisoned. We must fight for all of them. The people aren’t asking Gov. Abbott for anything special, only that he do the right thing. “We’re asking for justice, for integrity. We have to bring my brother home,” says Rodrick.

As the thousands chanted on Austin’s streets, “Brick by brick, wall by wall, Free Rodney Reed, free them all!”