That climate crisis is a workers’ issue was emphatically affirmed by the IndustriALL Global Union when it called on all affiliates to take part in the September worldwide Climate Strike actions. IndustriALL represents 50 million workers in 140 countries in the mining, energy and manufacturing sectors, giving it the power to challenge multinational companies on a global level. 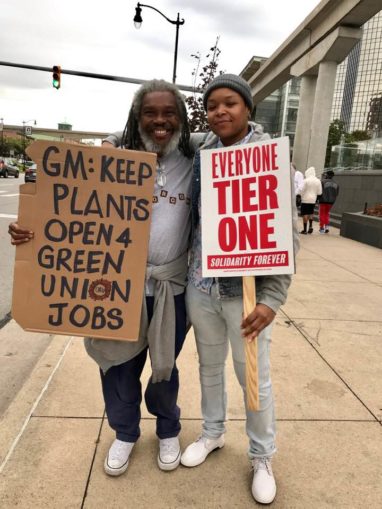 In issuing a global call on Sept. 19, IndustriALL’s general secretary, Valter Sanches, stated: “The climate crisis is real, it is urgent, and it is a threat to working people and communities. The crisis has social and economic dimensions, not just environmental ones. The bridge to a sustainable future and a stable climate is a Just Transition that protects workers, their families, and the communities that depend on them.” (tinyurl.com/y3vcbt3c)

Beyond participation in Climate Strike week, IndustriALL recommended actions affiliates can take, like putting pressure on companies responsible for global warming to pay for remediation and a sustainable transition for workers and communities.

Other unions, trades councils and federations from around the world declared their support for the climate actions, including those in Australia, Britain, Canada, France, Germany, Ireland, Italy, New Zealand and the U.S. The South African Federation of Trade Unions and the Federation of Unions of South Africa, together representing 1.3 million workers, signed on.

Labor participated in force in New York City’s Sept. 20 march of a quarter of a million people, including 1199 SEIU, the Asian Pacific American Labor Alliance, the Communication Workers, the New York State Nurses Association and the Professional Staff Congress of the City University of New York. 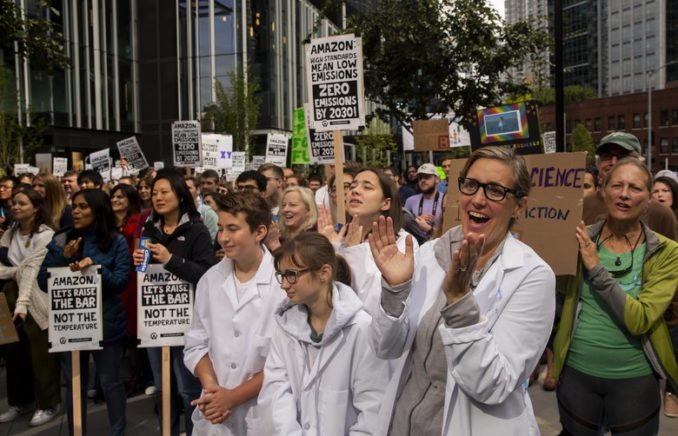 On Sept. 27, rank-and-file autoworkers joined with Detroit environmental activists to rally outside General Motors’ world headquarters and express solidarity with the worldwide climate strike and with GM workers striking in the U.S.