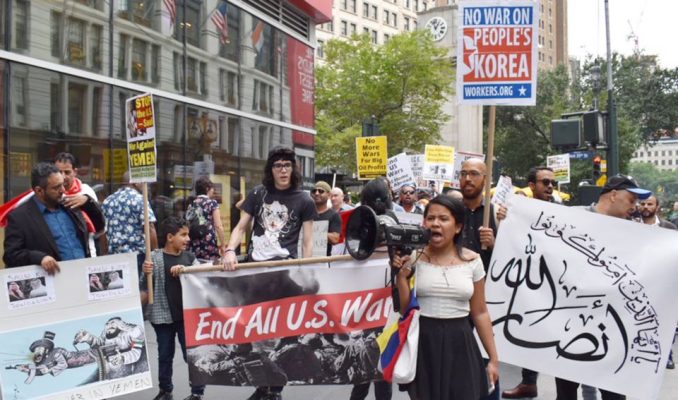 On the 17th anniversary of the invasion of Afghanistan, activists gathered in Herald Square in New York City to oppose U.S. military occupations, violence and imperialism across the world. Groups representing anti-imperialist struggles in Yemen, Syria, Palestine, Iran, Venezuela, Brazil, Ecuador, the Philippines, Korea, Okinawa and Japan spoke to a growing audience before marching to the U.S. Armed Forces Recruiting Station in Times Square. The action ended with a Yemeni child speaking out against the U.S.-funded Saudi war on the Yemeni people.