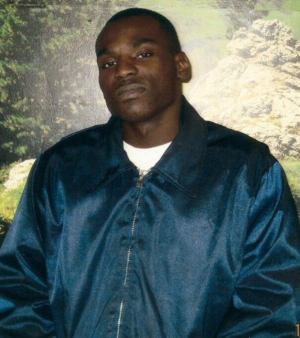 Anerae Brown, a 44-year-old rapper from Sacramento, Calif., was finally granted parole in September after 26 years behind bars. Brown is better known by his stage name, X-Raided. In 1992, at the age of 17, Brown and four other defendants were convicted for a gang-related shooting that left one woman dead.

In the early 1990s, at the dawn of Pete Wilson’s governorship, Sacramento, the capital of the state of California, was the home of a burgeoning gang epidemic. There was arguably nowhere with more gang activity than the South Sacramento neighborhood of Meadowview, where the local Crips and Bloods gangs battled each other.

It was during this moment that draconian “tough on crime” measures became common. Gang enhancements, mandatory sentencing and even municipal dress codes regulated gang participation. Brown was prosecuted amidst this political culture.

Charged as an accomplice to murder, Brown was tried as an adult, allowed to testify in court. His lyrics were used as state’s evidence, despite being recorded likely a year before the deadly encounter. Sacramento County prosecutor Pete Harned presented a passage from the track “Still Shooting” on Brown’s inaugural album, “Psychoactive,” as a forecasting of the March 1992 killing. The judge and jury accepted Harned’s argument, and Brown received a 31-years-to-life sentence. Harned eventually vacated his position as a prosecutor in disgrace amidst a child pornography indictment, but he still practices law in Northern California.

While shocking, Brown’s case is not unique. It is emblematic of the many Black underground and independent rappers that became casualties of the “war on crime.” Since the early 1990s, California has led the trend in what professor of criminology Charis Kubrin of the University of California at Irvine has labeled “rap trials.” Also in 1992, the late Vallejo, Calif., rapper Andre “Mac Dre” Hicks was convicted and sentenced to five years in federal prison on conspiracy to commit robbery, in a case where his lyrics were used against him.

In 1998, Shawn “C-Bo” Thomas, another Sacramento rapper and childhood friend of Brown’s, had his parole revoked for his music. In the song “Deadly Game,” Thomas focused on the opportunistic actions of Gov. Pete Wilson, the Sacramento district attorney and his parole officer as he condemned the recently passed “Three Strikes and You’re Out” legislation. This law imposed mandatory life sentences on individuals after they receive three convictions for certain crimes.

Kubrin argues that the root of these rap trials is the codification of old and persistent racial stereotypes about Black male deviancy. When presented with cultural products that support their ingrained biases, judges accept the lyrics as evidence and juries use the lyrics to convict. As Kubrin has shown, when lyrics are submitted as evidence of white crime, they are deemed unbelievable.

Recently, in San Diego, local rapper Brandon “Tiny Doo” Duncan faced life in prison for his rap songs. Yet, unlike the other cases, it was admitted, even by the prosecutors, that Duncan was not present at the time of the crime. Nevertheless, Duncan was charged with benefiting from the admission of the crime by way of his fame and record sales, in a landmark case that involved 32 other defendants. Thanks to their persistent assertion of their innocence and the support of family, friends and other community members, the charges against Duncan were overturned.

Rappers have used their own recordings to defy mass incarceration. Brown recorded more than a dozen albums while imprisoned, and told the Los Angeles Times in 2002 that “the music takes me over these walls.” He used his songs to maintain his innocence, attack the inhumanity of mass incarceration and advance his developing political worldview.

Brown is not a politician and his works maintain many contradictions. Still, on his Instagram page, Brown has expressed joy at his early release and commitment to bettering his community. Brown has immediately begun working in the studio, but has also displayed his struggles with shifting to small responsibilities he had not prioritized as a teenager, such as washing his own clothes.

Though Brown is no activist, his persistence and cultural work undoubtedly played a role in advancing the current movement against mass incarceration. We should all remember that during a time in which liberals and Democratic Party officials both supported mandatory sentencing, rappers like Brown had already begun to sound the alarm.