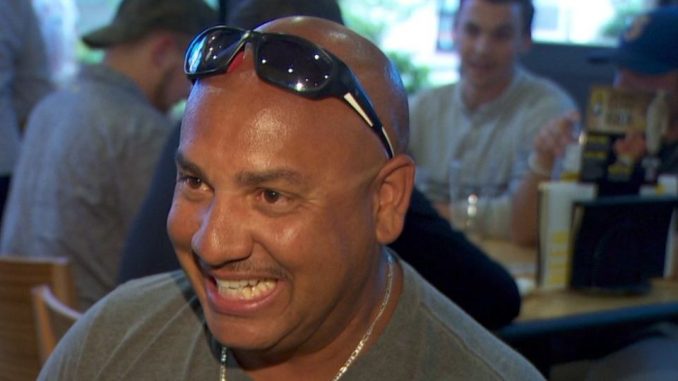 Jason Washington, on video taken shortly before police killed him.

Portland, Ore. — Some 6,000 members of the National Association of Letter Carriers at their annual convention in Detroit during the third week of July protested the brutal killing of Jason Washington by Portland State University campus police. The union is also addressing the recent increase in the number of racist murders of letter carriers by cops.

Washington, a married father of three, worked for Portland’s U.S. Postal Service. He was a 45-year-old Black Navy veteran who had a concealed-carry firearm permit to carry a gun.

Washington had been at a PSU campus bar on June 29 when a fight that started over a racist slur moved outside. Washington followed and attempted to break it up. When his gun slipped out of his holster, falling to the ground, he reached to pick it up. That’s when he was fatally shot by campus cops Shawn McKenzie and James Dewey at least six times, according to cell phone footage.

Washington’s friends and family say he was a well-respected member of the community. Along with university students, they staged a vigil and a march through campus protesting Washington’s killing. They are calling for the immediate firing of the two cops and for PSU to change its policy of allowing campus cops to carry firearms. They want the university to train its officers to deal with conflict without using weapons.

In spite of vocal objections by the students, PSU cops have been allowed to carry guns since 2016.

Andre Washington, Jason’s brother, said, “Split-second decisions made by poorly trained, inadequate and overzealous campus police caused our family and our community to lose a wonderful human being.” He said the death of Jason Washington won’t go unnoticed and that Black men being gunned down by white police officers is an affliction in the United States. (The Oregonian, July 6)