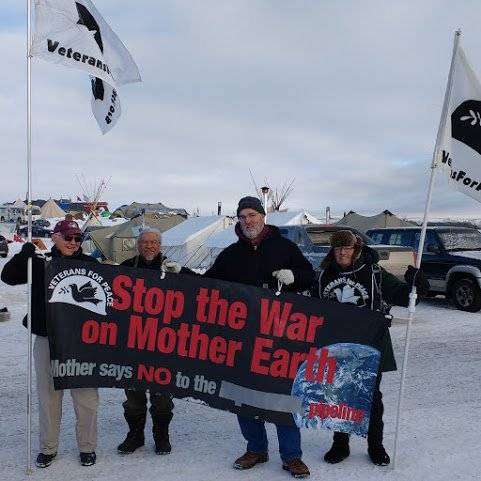 Everything the current federal administration does is made more venomous through the president’s tweets and comments. Anyone resisting this president must confront his words and actions head on.

Starting on April 1, Trump started tweeting that he would ask the Pentagon to deploy troops and/or National Guard forces to the U.S. border with Mexico. The tweets followed a vicious campaign by the openly racist sector of ruling-class media — Fox & Co. — warning of a “caravan” of asylum-seekers from Honduras traveling through Mexico to the U.S.

#45’s motivation appears to be mobilizing his racist and reactionary base for the upcoming congressional elections. Though the act reeks of opportunism, it must also be taken seriously.

Those opposing his disgusting action must mobilize all progressive forces against this vile attack on Mexicans and Central Americans.

U.S. policies created a hell in Honduras and #45 is now condemning those who try to flee that hell.

Sending federal troops to the U.S. border is illegal without the authorization of Congress. Sending state National Guard units to the border needs the cooperation of the state governments. And any such deployment is an affront to the Mexican government — an ally of Washington — as well as to its people. The New York Times and the Democratic Party opposition to Trump, all loyal to U.S. imperialism, have pointed out much of this in their reactions.

More revolutionary resistance has another way to throw a wrench into the repressive state machinery that Trump wants to unleash.

That tool is to disrupt the obedience of the troops. In the U.S. imperialist military, this obedience is based on ordinary working-class soldiers lacking solidarity or class consciousness in relation to the oppressed peoples they are sent to kill and conquer.

But, from time to time in history, ordinary troops have surprised their commanders and turned upon the master class they were supposed to serve. This happened in the U.S. Armed Forces at a high level 50 years ago, during the war against Vietnam.

Today’s U.S. military is a “professional” and volunteer military. The generals expect obedience. Nevertheless, very few of today’s soldiers, including National Guard troops, imagined they would be sent to confront and threaten mainly women and young children attempting to cross into the U.S. to find work or asylum.

How many troops may hate these orders?

All those who oppose #45, all those who consider themselves part of a resistance to his poisonous and racist rule, should make sure that every regular soldier in the army, every National Guard member, knows that they will be supported if they refuse to take part in this action on the border.

Every voice from within the military that speaks out against these criminal acts should receive support. And these voices of disobedience and resistance should be shared far and wide to reach every rank-and-file troop.

Catalinotto is the author of “Turn the Guns Around: Mutinies, Soldier Revolts and Revolutions” (World View Forum, New York, 2017).