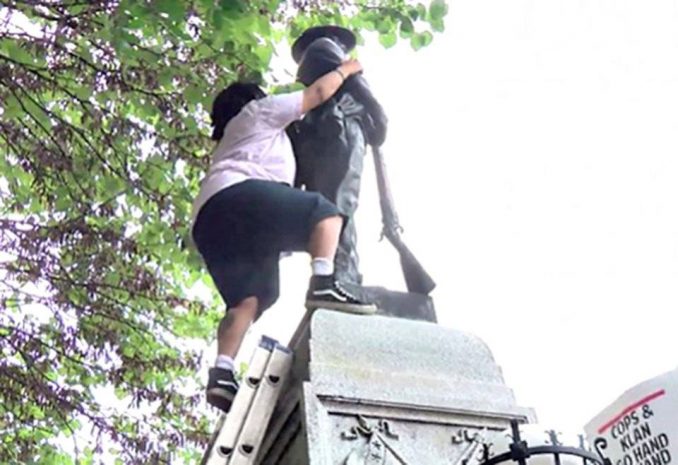 Freedom fighter Takiyah Thompson, the North Carolina Central University student and Workers World Party member who climbed the Confederate statue in Durham, N.C., in August to begin the act of taking it down, will be in New York City on Oct. 14. Thompson will discuss this event and how to continue to support the 14 Durham arrestees and carry on the struggle against all forms of white supremacy, including ­police repression.

The statue ­takedown took place Aug. 14, just two days after white supremacists in Charlottesville, Va., attacked anti-racist activists. Thompson was subsequently arrested for the action, along with 13 others, who face felony and misdemeanor charges.