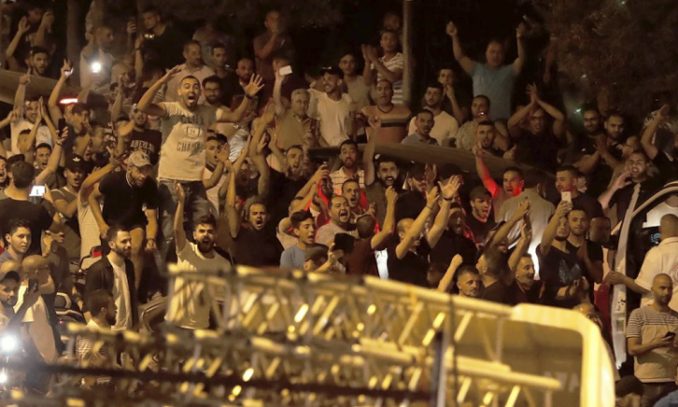 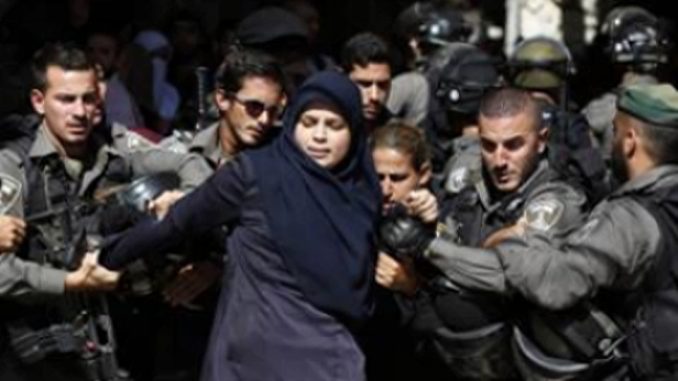 Washington, D.C. — A crowd of over 200 people, organized by American Muslims for Palestine, gathered around the Israeli Embassy in Washington on July 28 to protest the Israeli occupation of Palestine.

Members of the Jewish community, Christians and Muslims all joined together in solidarity in response to recent attacks imposed on the Palestinian people by Israeli troops.

For more than two weeks, Israel had imposed restrictions on Palestinians seeking access to the al-Aqsa Mosque in Jerusalem. Palestinian worshippers were unlawfully prohibited access to their place of worship by the Israeli government.

Just the day before the demonstration in Washington, “Israeli forces stormed into the masjid [mosque], firing rubber-tipped bullets, and injuring close to 100 worshippers,” said Kristin Szremski, director of media and communications for the AMP.

Individuals of both the Jewish and Muslim communities were enraged upon learning of these and other unjust occurrences against the Palestinian people. These include a bill before Congress that would make boycotts against Israel and Israeli goods illegal and punishable by up to 20 years in prison.

In response to these issues, the AMP organized the July 28 demonstration with the goal of “educating the public and media about Palestine and forwarding the Palestinian narrative, so that the media and the people start getting the full story,” said Szremski about AMP’s overall mission.

During the demonstration, short speeches were given by members of the AMP and other organizations. Afterward, over 200 Muslim men, women and children joined together despite harsh weather conditions for their congregational Friday prayer. After the prayer ended, the crowd began to passionately chant in protest against the Israeli occupation, demanding justice for Palestine.

Even as the demonstration was taking place, the Israeli government announced it was finally ending its restrictions on the Al-Aqsa Mosque. The following day, thousands of Palestinians crowded into the mosque in East Jerusalem for noon prayers.

Al-Jazeera reported July 30 that over the two weeks: “Israeli forces often met protesters with rubber-coated steel bullets, tear gas, and stun grenades. In some areas, live rounds were also used, according to the Palestinian Red Crescent.

“At least six Palestinians were killed during the two weeks of protests across occupied East Jerusalem, the West Bank and the Gaza Strip, and at least four were killed in alleged attacks on Israeli forces.

“According to the Red Crescent, more than 1,300 Palestinians have been injured during demonstrations since July 14.”