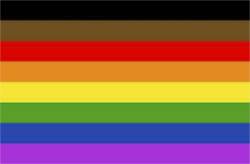 To be honest, looking back now, working in fast food like I used to wasn’t the problem itself. I’ve been thinking about this a lot, especially since graduating college.

I didn’t mind flipping burgers or making processed scrambled eggs or whatever I was doing. None of the work itself bothered me, besides the fact that I was providing a basic human right — food — that people had to pay for. But that’s a story for another day.

What bothered me about working in fast food, and also in retail, is the overarching issue that I was being exploited and underpaid. I was giving so much of my labor, strength and time to a system that didn’t even pay me enough to get by.

People say, “You should be grateful you even have a job!” But is it really any better if you still can’t pay the bills on time? What is the difference between being unemployed and in poverty, and making $120 a week and still being in poverty? That money dries up fast. You can’t save up anything when you bring in maybe $500 a month, and you’ve got the rent and the utilities and the groceries and the car (if you’re even lucky enough to have one).

Working at McDonald’s was basically like being unemployed, in that respect. And many people treat fast food workers horribly. Many customers think they’re entitled to bad behavior because you serve them. They’re condescending, rude, demeaning, and that is also what is exhausting.

Our society teaches that blue- and pink-collar jobs are to be looked down on. We hear as children: “You don’t want to be a garbage truck driver, do you?” or “Go to college or you’ll be flipping burgers for the rest of your life!” Those jobs are seen as unfortunate stepping stones or a negative consequence of a bad upbringing.

But there’s nothing wrong with working these jobs except the way that they and the people who work in those jobs are represented.

The other issue I had working in food service was the homophobia. That was also exhausting. At the time, I knew better than to come out to my co-workers as transgender. But due to the grave error I made in trusting my manager with my being gay, my co-workers found out and tormented me about that.

The manager was eventually let go, and a new manager came in who fired the most homophobic co-worker I had to deal with. But that wasn’t enough. The harassment continued, and I quit eventually because of it.

My experience is a stark reminder of how workers, no matter our race, sexual orientation, gender, dis/ability, citizen status, etc., have to stick together, because our labor is being exploited. We are all being exploited.

Busting our asses for $8.05 an hour was and is unacceptable. If we want better, then we have to come to understand and support one another’s lives and identities. That is the only way.