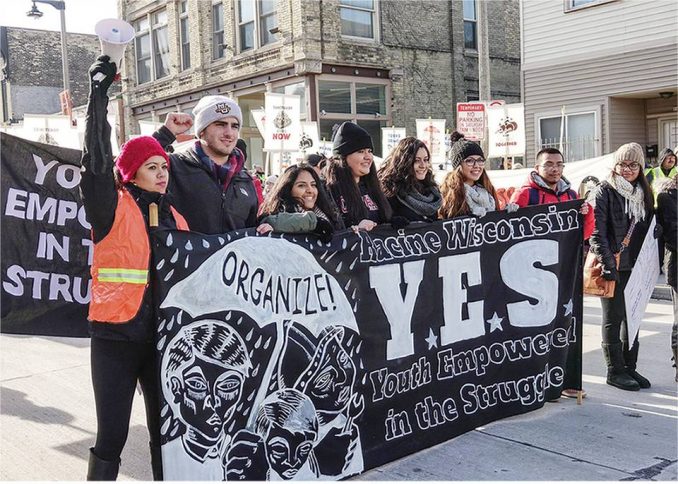 March for immigrant and refugee rights on Jan. 14.

Hundreds participated in a Jan. 14 statewide March for Immigrant and Refugee Rights in Milwaukee. Same-day similar actions in over fifty cities by immigrant rights groups across the country declared “the inauguration of the resistance” to the racist, anti-worker threats of the Trump administration.

In Milwaukee, the protest and march were supported by the Coalition for an Inclusive Wisconsin, a united front organization representing workers, union members, Muslims, African Americans, women, Jews, the LGBTQ community and others threatened by the new president.

Beginning at the offices of Voces de la Frontera and Youth Empowered in the Struggle, participants from Milwaukee, Madison, Racine and other cities in Wisconsin marched to the Milwaukee County Courthouse to demand that families be kept together, mass deportations stop and no Muslim registry be created. The march welcomed refugees and also supported DACA, an Obama presidential order offering some protection to undocumented young people who came to the U.S. as children. (vdlf.org