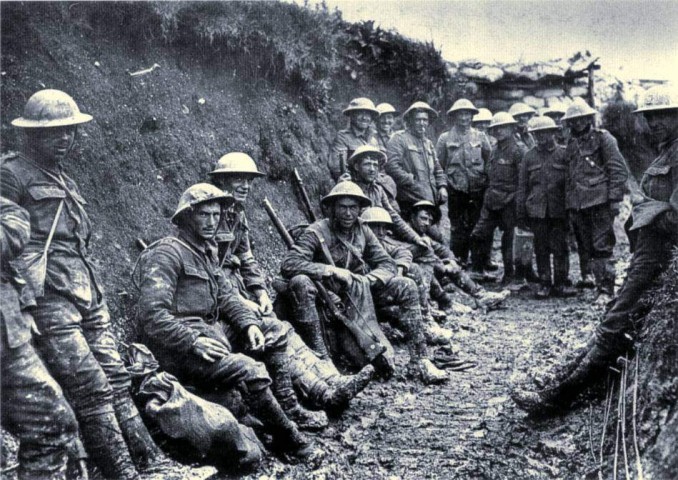 Political leaders from France and Britain, along with observers from other countries, met in France on July 1, the centennial of the First Battle of the Somme River. One of the bloodiest battles of World War I, it was the epitome of the mass slaughter known as trench warfare, in which the major European powers sacrificed the lives of millions of young men as they vied for control of the colonial world. The war itself, which lasted four years, was rightly called “the great slaughter.”

The horror of the war was so unbearable that it led to a social revolution in Russia that terrified the ruling capitalists. Today, with supranational entities like the European Union, the ruling classes may be attempting to prevent new wars among the imperialists within Europe. But this hasn’t prevented them from ganging up together and using NATO, a Euro-military under U.S. leadership, in attempts to reconquer their lost empires from Yugoslavia to Afghanistan, or even from risking war with now-capitalist Russia.

The British generals who in 1916 faced German forces at the Somme fit the caricature of the ruling-class twit, whose stupidity is matched only by his arrogance. They thought they had a foolproof plan: a week of unbridled British artillery fire would soften the German lines. It turned out that their artillery barrage, begun the last week of June, had killed few German troops, disarmed few machine guns and destroyed few of the barbed-wire obstacles.

Oblivious to this failure, on July 1, 1916, the British generals ordered the planned offensive against the German army to proceed. Following their orders, British troops, laden with equipment, walked clumsily and slowly toward the German lines. They were mowed down on the way by German machine gun fire. By the end of the first day, 58,000 British had been killed or wounded. The front had moved two kilometers, a little over a mile.

The battle ground on for five months. By the time snow brought it to a halt in November 1916, the fighting had killed or wounded an estimated 420,000 British, 200,000 French and 500,000 German troops. That’s a total of more than a million casualties. The front had moved all of seven miles.

While the bulk of the casualties were English, German and continental French, the imperialist powers also ordered troops from the colonies into battle. Counted among the British casualties of World War I were soldiers from Ireland, India, Nigeria and even sparsely populated Newfoundland in Canada; casualties among the French troops included Vietnamese, Senegalese and Algerians; among those under German command were Tanganyikans, Rwandans and Poles.

An imperialist war for colonies

The parties ruling the European imperialist democracies of France and Britain, as well as those in the monarchies in Germany, Austria-Hungary and Russia, had entered the war in 1914 without hesitation, even with enthusiasm. The rulers of each country believed their army would win a quick victory. Their mouths watered at the thought of conquered territory and new colonies — as was shown later when the successful workers’ revolution in Russia revealed and published treaties that the rulers had kept secret.

It was not heroic battles that the troops experienced, but the overbearing damp, cold, hunger and boredom of trench warfare, broken only by the occasional thud of artillery and the fear of a sudden or, worse, a lingering death. Along with the misery imposed on the masses of Europe, the intense suffering of the troops would swing open the door to revolutions such as hadn’t been seen before on the Eurasian land mass. Playing a leading role in these revolutions would be the very soldiers and sailors who the ruling classes had armed, taught to fight and turned into warriors.

By November 1918, when the war ended, there had been major rebellions and mutinies in nearly all the imperialist armed forces. The ruling classes of France and Britain and their general staff were able to crush their uprisings. But rebellions led to the overthrow of the ruling monarchies in Germany and Austria-Hungary, the defeated powers, and sparked a world-changing social revolution in Russia.

Now the European and U.S. ruling classes take steps to export war to the former colonial world, just as they export unemployment and hunger. If they are solemn about the Somme, it is not because they abhor the suffering of the workers and farmers of Europe. It’s because they fear that that suffering will lead to revolution that upends their rule.

Adapted from a chapter in Catalinotto’s forthcoming book, “Turn the Guns Around: Mutinies, Soldier Revolts and Revolutions.”