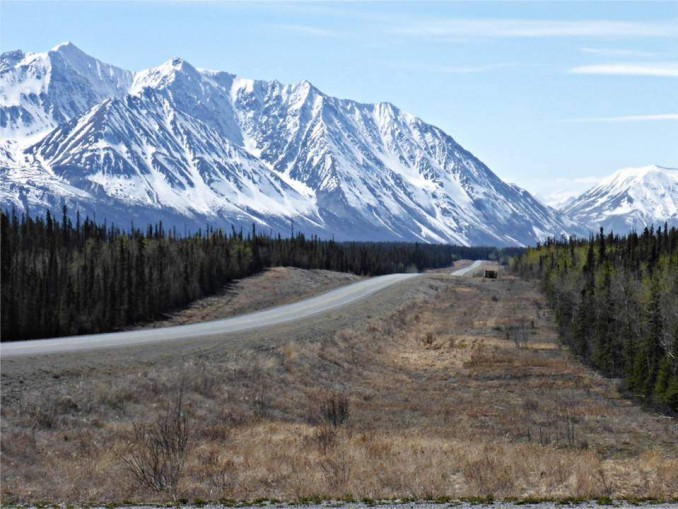 Whitehorse, Yukon — The poorest sections of people living in Canada are Indigenous. Called the First Nations, they include American Indians, Inuit and Metis. Ever since 1763, when France ceded nearly all its colonies in North America, the ruling class of Canada has been trying, sometimes by force, sometimes by legal trickery or unjust laws, to seize land and resources from the First Nations.

This is the result of systematic oppression over the last 150 years. (“Unsettling Canada: A National Wake-up Call” by Arthur Manuel and Grand Chief Ronald M. Derrickson, 2015)

The two most powerful tools in Canada’s repressive arsenal were the Indian Act of 1876, which is still around, though substantially amended in 1927 and 1951, and residential schools, which were introduced under the Indian Act. There were about 80 schools in 1931; the last one closed in 1996.

The Indian Act defined the status of a woman based on that of her spouse. If he was not a member of a First Nation, neither was she. If he belonged to a different band (tribal government) and died, she might be obliged to move out of the community that had been her home for decades. The act created “reserves,” similar to U.S. reservations, that severely limited the land rights of Indigenous people, who were members of renamed First Nations and given European names. The act also restricted members of First Nations from leaving their reserves without permission from the local Indian agent.

Residential schools — often the only education offered to Indigenous youth — were blatant agents of cultural genocide.  They removed children from their families with the goal of assimilating them into the dominant Canadian culture. Over the course of more than 100 years, some 30 percent of Indigenous children, about 150,000 youth, were placed there. At least 6,000 children died while attending these schools. Besides the attacks on their culture, thousands suffered psychological and physical abuse.

Decades of protests, lawsuits and outrage over the schools grew so sharp that Prime Minister Stephen Harper, a hard-right conservative, offered a public apology on behalf of the Canadian government on June 11, 2008. A couple of years earlier, Canada’s highest court had awarded a class action settlement of $2 billion to school survivors.

In 2010, the Canadian government issued a statement saying it would follow the principles of the U.N. Declaration on the Rights of Indigenous Peoples, although it would not officially adopt it. While Harper was still prime minister, the struggle around First Nations’ rights became intense.

This May 10, Indigenous Affairs Minister Carolyn Bennett, representing the newly elected Liberal government, went to the U.N. and officially announced that Canada had changed its policy and would officially adopt the declaration.

Some local struggles in the Yukon illuminate how First Nations try to overcome the decades of cultural genocide and economic assaults against their livelihood and the local ecology.

Even though the Yukon was the site of a major gold rush at the end of the 19th century, and wound up producing an estimated 12.5 million ounces of gold, it didn’t have a solid road connection to the rest of North America until the U.S. Army built one in response to the Japanese invasion of Alaska during World War II.

It is still isolated, with just 35,000 people — 25 percent of them First Nation — in a land area with a population density of 0.2 people per square mile, compared to Alaska’s 1.3. The Yukon is so rural that Yukon College in the largest city, Whitehorse, needs bear fences to protect its garbage cans. Security guards at the college walk students to their cars at night to protect them from coyotes.

There are 14 different First Nations in the Yukon. The First Nation community center in Whitehorse has a fairly large, modern language lab. A number of First Nations offer cooking classes and  such traditional skills as hunting, dressing the kill, fishing and food preparation for older grammar school and high school students. 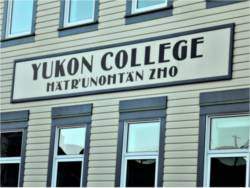 In Dawson, where this college is located, local schools teach the Hän language to both First Nation and Canadian students.

In Dawson, home of the Tr’ondëk Hwëch’in First Nation, local schools teach the Hän language to both First Nation and Canadian students in kindergarten through high school.

Between 80 and 90 active placer mining operations for gold and other minerals exist in Yukon streams and rivers because they don’t require a lot of capital to set up. Earthmoving equipment and some simple sluice boxes generally do the job.

Most are legacy operations, having been worked for a number of years, but there is still some prospecting. Recently, two prospectors raised a bit of capital and put in for 45 mining claims on Judas Creek, an area near Carcross and Marsh Lake in southern Yukon. It is in the traditional territory of the Kwanlin Dun and Carcross/Tagish First Nations and is adjacent to land of the Kwanlin Dun settlement.

The Yukon Environmental and Socio-economic Assessment Board did not approve the application because it would have had an adverse effect on the Carcross caribou herd, a resource the First Nations began using hundreds of years ago. (Yukon News, May 13)

Lawrence Ignace, director of heritage, lands and natural resources for the Carcross/Tagish First Nation, wrote, “If this application is approved to proceed in whole or in part, [the First Nation] will take necessary steps to stop the project from proceeding.” Canada’s recent acceptance of the U.N. declaration on Indigenous Rights gives the Carcross/Tagish a strong legal case.

Indigenous people throughout Canada want and need economic development, but they say it has to be human in scale and respect their traditional economy and ecology. They have retained their identity after hundreds of years of oppression because they have waged stubborn, effective resistance, though at great cost.