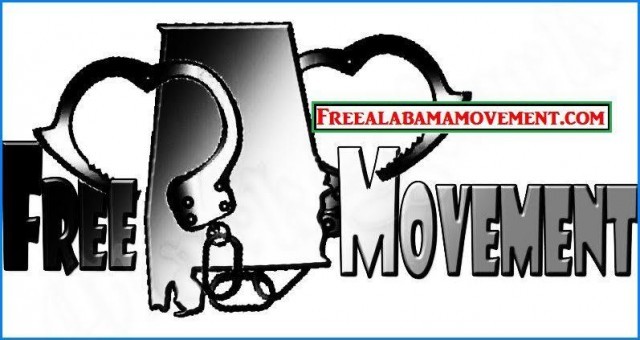 About 100 prisoners ignited a fire and tried to gain control of their dormitory in the March 11 uprising at Holman Correctional Facility in Atmore, Ala. The action began after an incident in which Warden Carter Davenport and a prison guard were stabbed. In a video inmates circulated on social media, one participant said: “We’re tired of this shit, there’s only one way to deal with it: Tear the prison down.” (supportprisonerresistance.noblogs.org)

The Equal Justice Initiative in June 2014 called on the Alabama Department of Corrections to remove Davenport from his previous post at St. Clair Correctional Facility, after three inmates were killed there within a span of 10 months. EJI reported Davenport had a history of “unprofessional conduct,” including beating a handcuffed prisoner. An EJI report also noted St. Clair guards were smuggling drugs and other contraband into the prison. Davenport was reassigned to Holman in December.

In a Vice.com interview, St. Clair prisoner Melvin Ray revealed violence had escalated there after Davenport began cutting programs, including one using mediation between inmates. Ray, who is serving life without parole, is a leader in the Free Alabama Movement, a group of inmates raising awareness about the dreadful conditions in the state’s prisons.

The conditions at Holman mirror the cruel and unusual conditions in all Alabama prisons — overcrowding, racism, guard brutality, lack of medical care, slave labor and solitary confinement. Mentally ill prisoners are segregated for years on end with no treatment and rotated between units at Holman and St. Clair.

In 2014 a patient died at Holman from hepatitis C complications after being given no treatment. The state of Alabama has a contract with Corizon, the largest for-profit provider of prison health services. Corizon is currently locked in a battle in Pennsylvania over nontreatment of 10,000 prisoners, including political prisoner Mumia Abu-Jamal, suffering from untreated hepatitis C. (workers.org, Sept. 25)

The state’s answer to these abuses is more prisons. Gov. Robert Bentley has asked the Alabama legislature to approve an $800 million prison bond issue.

But the Free Alabama Movement has a different analysis and strategy. In their 2014 “A Flicker Turns into a Flame” report, FAM stated: “Mass incarceration, unconstitutional overcrowded prisons and inhumane treatment are more about economics than the humanity of people. The numbers support our contention that ‘MONEY’ is the motive and most important factor in explaining the policies and conditions within the Department of Corrections.” (freealabamamovement.com)

Robert Council, known as Kinetik, one of the founders of FAM, also serving life without parole, is incarcerated in Holman. In a 2015 Common Dreams interview, he said: “We have to shut down the prisons. We will not work for free anymore. All the work in prisons, from cleaning to cutting grass to working in the kitchen, is done by inmate labor. [Almost no prisoner] in Alabama is paid. Without us the prisons, which are slave empires, cannot function.

“Prisons, at the same time, charge us a variety of fees, such as for our identification cards or wrist bracelets, and [impose] numerous fines, especially for possession of contraband. They charge us high phone and commissary prices. Prisons each year are taking larger and larger sums of money from the inmates and their families. The state gets from us millions of dollars in free labor and then imposes fees and fines. You have brothers that work in kitchens 12 to 15 hours a day and have done this for years and have never been paid.”

In April 2014 members of FAM went on strike to demand wages for the unpaid labor they do for the state. They continue to organize in Alabama prisons.