Black Lives Matter activists and allies in Milwaukee and Madison, Wis., are holding a series of events in March and April to demand justice for those killed and brutalized by police. Wisconsin has some of the worst genocidal conditions for people of African descent in the United States.

In Milwaukee, where unemployment for Black youth between the ages of 18 and 35 has ranged from 50 percent to 70 percent for years, an Empowering Youth Sound Off, sponsored by the Coalition For Justice, will take place March 4.

The coalition is led by the Hamilton family, whose loved one, Dontre Hamilton, was shot 14 times and killed April 30, 2014, by officer Christopher Manney in broad daylight at Red Arrow Park. Both Milwaukee and federal officials have declined to charge Manney with anything, and he now receives “disability” pay.

The Coalition For Justice is also organizing Dontre Day at Red Arrow Park on April 30, the two-year anniversary of Hamilton’s killing. This community event will bring together those demanding justice for Hamilton and all victims of police terror and also raise such issues as the need for union jobs, housing, education and other human needs. 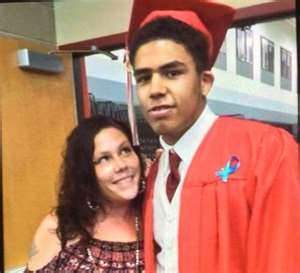 March 6 is the one-year anniversary of the killing of Tony Terrell Robinson Jr., a 19-year-old African-American youth, by officer Matt Kenney in Madison. The killing sparked mass protests organized by Robinson’s family, the Young Gifted & Black Coalition and others. The Madison district attorney announced just weeks after Kenney killed Robinson that the killer cop would not be charged with anything.

A celebration of life and community dinner memorial for Robinson Jr. will take place in Madison on March 5. A candlelight vigil and #JusticeForTonyAwareness march is planned for March 6.

Organizers state: “It is one year later and there is still No Justice and No Peace. If we allow MPD [Madison Police Department] to take Tony Terrell’s life without accountability, change and a stop to state violence, it will continue to occur. Please bring your families, friends and co-workers and raise your voice so that Tony’s death at the hands of the City and State will not be forgotten. He — and we — are now part of the national conversation about lives taken by police every 24 hours, about how#BlackLivesMatter and that Terrell’s life matters on March 6th and every day. What’s His Name? #TONYROBINSON #WeAreTR”