Wheeling, W.Va. — In the wake of the recent U.S. Supreme Court ruling favoring marriage equality, another triumph was won for lesbian, gay, bisexual, transgender and queer people. The West Virginia Department of Motor Vehicles has been pressured to update its bigoted photo identification policy that permitted the state’s Department of Motor Vehicles to openly deny proper driver’s licenses to transgender people.

The struggle started when five trans women from the state united and threatened to sue the discriminatory DMV through the Transgender Legal Defense and Educational Fund. 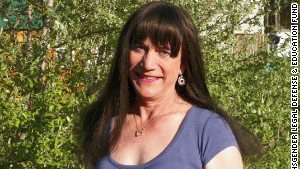 The spark that ignited struggle happened a year ago when Trudy Kitzmiller, a transgender woman, went to the Martinsburg, W.Va., DMV and was subjected to brutal treatment. She was shamefully referred to as “it” by backward DMV officials and was told she had to remove her makeup and jewelry in order to be photographed for her driver’s license. Kitzmiller even brought medical documentation with her, but none of that mattered to the anti-trans bigots at the DMV.

Kitzmiller soon discovered she was not alone in being mistreated by the state’s DMV. She met another trans woman, Kristen Skinner, who received similar hostility when she visited the Charles Town, W.Va., DMV. Unlike Kitzmiller, Skinner did remove her makeup in order to be photographed, which left her with a picture on her license that does not properly resemble her appearance.

As a result of the collective efforts of the five courageous trans women, the state’s DMV language now reads, “Applicants will no longer be asked to remove or modify makeup, clothing, hair style or hairpiece(s).”

As people celebrate the gains of the recent Supreme Court ruling on marriage equality, this is one more example of how discriminatory practices against LGBTQ people, particularly trans people of color, are still commonplace in the capitalist U.S. In a quest for a truly just system, free from discrimination and oppression, it is important to seek out more victories such as this.