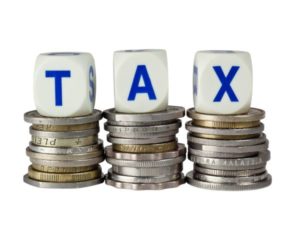 The past few years have seen a multitude of protests on income inequality, decrying how the 1% makes so much more than the 99% and how this injustice creates vast inequality, social divisions and growing class anger.

Taxes — local, state and federal — fall disproportionately hardest on people with smaller incomes. But the whole structure of the tax system in the United States is so complicated and so fragmented that it is hard to see what is going on.

On Jan. 14, the Institute on Taxation and Economic Policy released its fifth “Who Pays?” report on state and local taxes. Its conclusion is stark: On average, the tax rate for the poorest 20 percent of U.S. residents is twice that of the richest 1 percent. (itep.org/whopays)

The way many states have configured their tax system — where the percentage of income paid in taxes doesn’t depend on one’s income and the state depends on consumption taxes — makes this problem worse.

There are 10 states where the poorest 20 percent pay up to seven times as much of their income in taxes as the 1%. Washington state is the most regressive, followed by Florida, Texas, South Dakota, Illinois, Pennsylvania, Tennessee, Ari­zona, Kansas and Indiana.

Another egregious aspect of the U.S. tax system is that income obtained from wealth goes under the rubric of capital gains and is more lightly taxed than income earned by working. Almost all wealth income belongs to the top 10 ­percent.

Many of the attempts to make these tax systems fairer and less burdensome have helped, but at the cost of making an already complicated system more so. Calls for simplifying it generally lead to putting more of a burden on the lowest paid.

Other taxes on the poor

Not everyone may pay federal income taxes, but they certainly pay payroll taxes on all their income — that is, Social Security and Medicare taxes. However, someone making more than $500,000 a year pays these taxes on only about 20 percent of their income, since these taxes are capped at $118,500 in 2015.

There is a federal excise tax, currently $0.184, on every gallon of diesel oil and gasoline sold in the U.S.

Allowing mortgage interest payments to be a tax deduction, a major benefit for homeowners, is another way the federal tax system works against poorer people, many of whom rent because they don’t have the money to buy.

Each state also has its own excise taxes on fuel, cigarettes, alcohol and tobacco, which affect low-wage earners more than the better off, since they are flat taxes. Sales taxes are another form of taxation with a disproportionate effect on low-wage earners.