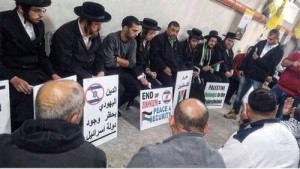 The following is a statement from the website of the Popular Front for the Liberation of Palestine, in the aftermath of attacks by racist settlers and the Israeli state, some lethal, on Palestinians in Jerusalem and the West Bank and an attack by two young Palestinians on a synagogue that left seven people dead, including the two Palestinians. The Israeli regime then took measures of collective punishment against relatives of the two.

“The operation today in Jerusalem is a natural response to the ongoing racist policies and crimes of the occupation, and it is the occupation that is responsible for the escalation in Jerusalem and throughout Palestine. We are witnessing lynchings, the targeting of Palestinians, demolishing homes, confiscating land, building colonies, taking unprecedented measures against Muslims’ and Christians’ holy sites in Jerusalem on a daily basis,” said Khalil Maqdesi, member of the Central Committee of the Popular Front for the Liberation of Palestine.

“Resistance is our only path; there is no other way in which Palestinians can liberate their land and achieve their rights. Resistance includes many methods of struggle, including, centrally, armed resistance and armed struggle. Revolutionary violence is necessary in order to confront and overthrow the colonization of our land and the confiscation of our rights,” said Maqdesi.

“Oppressed people are determined to seek their freedom. It is the responsibility of the so-called ‘international community’ to hold Israel accountable for its attacks on the Palestinian people. It is the occupier who should be labeled ‘inhuman.’ Instead, their settlement building, their killings, their mass attacks on Palestinian rights are met with approval and silence by the United States and the European Union, who have shown themselves to be consistently on the side of Israel, on the side of colonialism and imperialist hegemony,” said Maqdesi.

“What is being called ‘Har Nof’ was in fact built on the ruins of the village of Deir Yassin, ethnically cleansed in 1948 and hundreds of Palestinians slaughtered at the hands of the Haganah and Zionist terror organizations, as they expelled hundreds of thousands of Palestinians from their land — refugees who have been struggling to return to their land, and to liberate their land, for over 66 years,” Maqdesi said.

“The PFLP is not a religious organization and our resistance is not based on religious convictions. We are struggling to liberate Palestine from a settler colonial project imposed on our people. Occupiers and racists do not belong to the land of Palestine; there are, and must be, consequences and repercussions for the theft of our land and our rights,” said Maqdesi.

“The response of the occupation that we are expecting is a criminal one — this is the nature of the occupation. Arresting the entire Abu Jamal family, threatening them with orders to demolish their homes, terrorizing the entire neighborhood of Jabal al-Mukabbir, which they blocked in with concrete blocks; beating the brothers of the martyrs — these are the people that we must embrace, protect, and care for, in the face of the occupier’s attacks,” said Maqdesi.

“Our message to the Palestinian people inside Palestine and in exile is that you have maintained your resilience and resistance to the occupier for 66 years. You are strong and have the ability to continue on the path of struggle. No power can liquidate your cause. The PFLP reaffirms its commitment to you, and your cause, and your rights. We call upon all Palestinian political forces to unify under the banner of the Palestinian heroic people, to protect their sacrifices, and unite to march forward toward a new stage and a new intifada,” said Maqdesi.

“The PFLP is committed to redirecting and recentering the compass of the region and its people on the central issue — towards Palestine, towards Jerusalem, confronting Zionism and imperialism; away from sectarian wars and chaos in the region. Palestine is still the issue, and Jerusalem is at the heart of this struggle,” Maqdesi said. “Today, the PFLP has a message to the Arab people, that your battle is with imperialism and Zionism and not with each other, and that the fragmentation of the Arab people can only benefit the occupier who is colonizing your beloved Palestine. The masses must awaken and shake the collective consciousness of the Arab nation to confront the real enemy.”

“The PFLP also wants to send its message to a billion and a half Muslim brothers and sisters that our fight is not with Jews and is not based on religion; it is about justice, liberation and return to the homeland, and this is your struggle,” said Maqdesi.

“Our message today to the Jewish people around the world is that the Palestinian-Israeli conflict was never a conflict between Muslims and Jews. Palestine has embraced the Jewish community for hundreds of years. What stands between us is this colonial project. We know that thousands of Jews around the world are true and genuine voices for the struggle, leading boycott movements and joining the Palestinian struggle for liberation on a daily basis. We salute each and every one of them. And for those Jews who are misled by the Zionist discourse, Israel is nothing but a deathtrap for both Jews and Arabs. Racism can never resolve conflicts, and apartheid is not a solution. You must stand by the side of the oppressed, and not the oppressor; raise your voice against the Zionist criminals who are oppressing our people in your name,” Maqdesi said.

“As for the threats of Netanyahu and Yaalon to our people,” Maqdesi said that they are “worthless and carry no weight and reflect a racist settler mindset that thinks that through coercion and oppression we will become silent and defeated. The battle with the occupation will not be limited to Jerusalem. It is going to expand to every inch of Palestine, and through the borders of Palestine. Today, also, the PFLP wants to send a message to the solidarity movement with Palestine, to intensify their efforts and their struggle to support the resistance on the path of establishing a democratic Palestine where all people live in equality and freedom.”