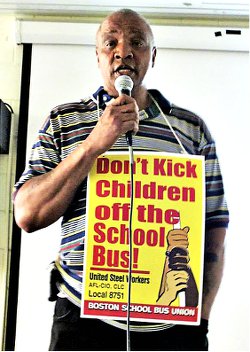 Boston’s school bus drivers are entering the most intense phase yet of their struggle against the notorious labor-busting Veolia Corporation.

Four leaders of the drivers’ union, United Steelworkers Local 8751, remain fired and have exhausted their unemployment benefits. Veolia and the city of Boston have blatantly violated contract rules in giving out more than 100 summer jobs to non-union companies. The current school bus drivers’ contract expires on June 30. Hanging above everything are massive austerity cuts in education for Boston schoolchildren.

Among the responses by Team Solidarity — the voice of United School Bus Union Workers — is a call for a mass rally, called Solidarity Day III, on June 30 in front of Veolia’s corporate offices.

It is clear that Veolia is planning to ramp up its wholesale attack on Local 8751. The school bus drivers’ strong contract, which has evolved over 40 years and 11 strikes, is the nationwide envy of transportation unions. This in itself makes the contract and union leaders prime targets of Veolia. The local is also playing a leading role in opposing racist austerity cutbacks in public education, recently turning a school “implementation meeting” into a raucous indoor rally against the cuts. 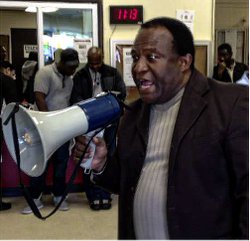 The Boston School Department and school bus contractor Veolia are seeking to eliminate school bus rides, returning to the pre-1974, racist “neighborhood school” assignment plan and busting USWA 8751. It is part of a strategy to turn back the clock and rip away decades of anti-racist progress in Boston.

It is especially outrageous that these cutbacks are happening on the 40th anniversary of federal Judge Arthur Garrity’s order to desegregate the Boston School system, using several remedies, including busing, to provide students of color access to better, more equipped schools. Some of Local 8751’s bus drivers drove students past stone-throwing white parents 40 years ago and helped organize the historic Dec. 14, 1974, March Against Racism of 25,000 people that put an end to racist mobs opposing equal education. Local 8751 continues to be involved in current community opposition to resegregation of schools. 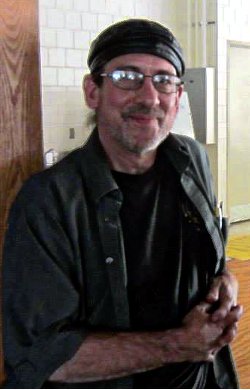 If the Boston School Committee goes ahead with $107 million in education cuts, a racist student assignment plan would deny Black and Latino/a students equal access to the best schools. Over 4,500 seventh and eighth graders and many sixth graders would be pushed off yellow buses and onto the city’s mass transit system. Student safety would be sacrificed, and hundreds of school bus drivers would lose their jobs.

The budget cuts would also eliminate nearly 250 teachers, classroom aides and other school-based positions. These mean-spirited cuts would cause overcrowding and the elimination of needed school programs.

On May 22, parents, students, members of Team Solidarity and other labor and community activists packed a Boston City Council hearing to speak out against “neighborhood,” separate and unequal schools, as well as an end to bus transportation for thousands of young students. 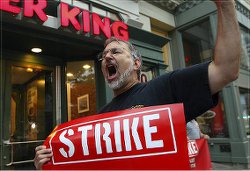 The company and the Boston city establishment are very mindful of the fact that the Team Solidarity slate swept all eight elected positions on the union’s negotiating committee by a landslide, with the fired leaders topping the ballot. Veolia officials will have to sit across the negotiating table from Steve Gillis, Andre Francois, Steve Kirschbaum and Garry Murchison — the four union officers unjustly fired after Veolia locked out bus drivers on the morning of Oct. 8, 2013.

Veolia is facing a highly mobilized, rank-and-file immigrant and African-American workforce that holds almost daily yard rallies for contract justice and the reinstatement of the four. “We are relying on united rank-and-file action to beat back Veolia’s attack on our contract and the community,” says Team Solidarity leader Steve Kirschbaum.

At the Step 2 grievance hearing against the firings on April 14, over 150 workers marched on the corporate office and set up a virtual picket-line gauntlet. As the bosses and their lawyers inched through under heavy police escort, the message of the ranks was clear: “Reinstate our leaders NOW!” Hundreds of workers have signed up to testify that the company, not the union leaders, were responsible for the lockout in October.

No negotiation meetings have yet taken place.

Veolia’s labor relations officer is Thomas Hock, who was responsible for last year’s transit strikes in San Francisco/Oakland and previous strikes in Arizona, Colorado and Florida. Hock also reportedly ordered the termination of drivers at Veolia-owned SuperShuttle fleets at Baltimore and Denver airports, who were resisting wage cuts of 30 percent demanded by the company.

Early skirmishes in the war known as contract negotiations were won by the union, which successfully halted the company’s bidding session on summer bus routes that was supposed to take place on June 7. The projected bids totaled over 100 fewer routes than last year. The city administration and Veolia contracted out bus services to non-union companies, a blatant job-killing violation of the current union contract and agreements with the mayor.

Veolia has rescheduled the bogus bid for June 14. The rank and file have pledged to fight on to restore the “scabbed-out” work and make the company comply with all contract bid provisions.

Over the past eight months, labor/community support has grown, including from the Massachusetts AFL-CIO, Greater Boston Labor Council, International Brotherhood of Electrical Workers Local 2222, Black Educators Alliance, Coalition for Equal Quality Education, radio TOUCH 106.1 and a broad spectrum of other groups.

Solidarity Day III will be the third citywide, community-labor protest in support of the school bus drivers’ union and the fired leaders and against cuts in programs that benefit Boston schoolchildren. Hundreds of community and labor activists attended last year’s rallies outside the Veolia headquarters in the Dorchester section of Boston. Solidarity Day III will take place there on June 30, the day the contract is set to expire.

Local 8751 has been involved in community struggles for decades, from Boston’s long struggle for equal, quality education to organizing with fast food and other low-wage workers; joining rallies demanding “Jobs not jails;” hosting trade union leaders from Columbia, Nicaragua and India; building solidarity with revolutionary Bolivarian Venezuela and Cuba; joining protests in solidarity with Palestine; marching against a U.S./NATO war in Ukraine; marching in Boston’s lesbian, gay, bi, trans and queer parade; and supporting the current fight to keep Boston’s Black community radio, TOUCH 106.1, on the air.

Members of Local 8751 are not only a vital source of community activism, they are the community. They are an example of how union and community can work together for the benefit of the whole working class.

Participation in Solidarity III can help guarantee that USWA 8751 militancy continues into the future. Make donations out to Friends of the School Bus 5 and mail to P.O. Box 141, Stoughton, MA 02072 or contribute online at www.­bostonschoolbus5.org.