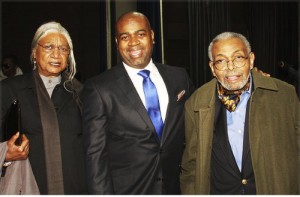 Ras Baraka — the son of the late Amiri Baraka, a world-renowned poet, playwright and activist, and Amina Baraka, also a poet and activist — became the new mayor of Newark, N.J., on May 13. He won 54 percent of the vote in the largest city in New Jersey and a city which, according to the 2010 U.S. Census Bureau, is more than 52 percent African American.

Ras Baraka, also a poet who once performed with the great singer Lauryn Hill, was a Newark City Council member when he decided to run for mayor. As the standing principal of Central High School, Baraka is a strong proponent of public education and won the endorsement of the teachers’ unions.

The Newark public school system was taken over by a state-appointed superintendent this past December under the banner of the “One Newark” plan, which promotes the expansion of charter schools. Facebook founder Mark Zuckerberg reportedly donated $100 million in 2010 to build charter schools in Newark.

Baraka opposes the “One Newark” plan, while his closest mayoral rival, Shavar Jeffries, supports it. Baraka spent less than $1 million on his campaign for his bid of mayor, while Jeffries spent more than $1.7 million.

Newark has one of the highest poverty rates in the country, along with a high rate of police brutality. It is currently facing a $93 million deficit to the banks.

Baraka’s historic victory is an important barometer that reflects that the people of Newark are anxious to see qualitative change in their intolerable conditions, including an end to attacks on public education.