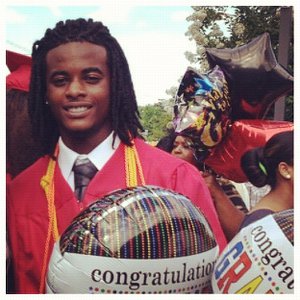 Durham, N.C. — It was late evening on July 15, 2013, when 19-year-old North Carolina Central University sophomore Lewis James Little was finally released after a month of incarceration for a murder he did not commit. Several charges against Little — including first-degree burglary, first-degree kidnapping, three counts of assault with a deadly weapon with intent to kill and felony conspiracy — have been formally dismissed as an “honest mistake.” Little, however, has been left to pick up the pieces of an experience worthy of a Lifetime Hardship Award.

On the evening of June 20, Little and five of his friends left The Mews apartment complex to meet and socialize with other acquaintances at 414 Melbourne St. in Northeast Durham. As they arrived by car, they spotted the body of an adult male lying in the street. After departing from their car, they approached the body “to find out why someone would just be laying in the street like that.”

Little and his friends were careful to observe what appeared to be a potential crime scene without touching or disturbing anything. After prompting the man to get up several times and inquiring about his safety without getting a response, Little called Durham police. The man on the ground was 25-year-old Michael Lee, who was in critical condition as he lay there wheezing his last few breaths. Worried and confused, Little and his friends stood beside Lee, as a small crowd of community members began to gather.

When Durham police finally arrived, they attempted to gather information on what had transpired. Little, his friends and several others were questioned about what they may have seen or heard. Shortly afterwards, Little was singled out by a Durham police officer, K. Hempstead, and questioned more abrasively. Without explanation, Little was then informed that he was being detained for further questioning at the Durham Police Department’s headquarters at 505 West Chapel Hill St.

Hempstead locked Little in handcuffs and placed him in the back seat of his police squad car. At the police station, Little was taken to an interrogation room and read his rights. Though investigators attempted to intimidate Little as they interrogated him, he vehemently declared his innocence. 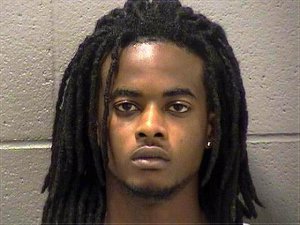 After hours of tedious questioning and waiting in the interrogation room, Little was ordered to “strip down” and remove all articles of clothing in front of male and female officers. His keys, clothing, cell phone, shoes and watch were all confiscated. Little was outfitted in an oversized white paper jumpsuit. Investigators took fingerprints and DNA samples. Little sat there handcuffed to a steel chair until daylight the next morning. After the department’s morning shift change, he was taken to the Durham County Jail, where news cameras and reporters were waiting to catch a glimpse of his face.

From stellar student to inmate

Little attempted to explain to the magistrate that there must be a case of mistaken identity, that he was the person who initially called the police. He explained that he even waited with the body until police came. This was all to no avail. Little was issued a $1.4 million bond. He was booked, processed and outfitted from the paper jumpsuit he was wearing into a Durham County Jail orange one-piece.

Officially an inmate, Little was taken upstairs to a section called “23 and 1,” where he was only allowed out of the section for one hour a day to walk around indoors. He remained there for the weekend before being transferred to general population that Monday night. Unable to afford bond, Little was kept there for an entire month without his friends and family, deprived of campus activities and summer school classes.

While unjustly incarcerated for crimes he did not commit, Little was only able to speak to a few people: his mother, members of the NAACP and his court-appointed attorney, Alexander Charns. While Little was incarcerated, the friends he was with when they discovered the body wrote statements on his behalf attesting to his whereabouts. Little had visited the home of a friend who resided across the street from where Lee was killed. The friend had lived there for more than 15 years, and Little had been to that home hundreds of times.

During Little’s one-month jail stint, he was kept in limbo about why he had mysteriously been singled out and falsely apprehended. In a matter of minutes, Little went from calling the police to being arrested and stripped of his human rights. In his case, a young man was found guilty until proven innocent — no jury needed, only the police department.

To Little’s surprise, one evening he was informed by a correctional officer that he was being released in a few minutes and that he should gather his belongings. After a month of degradation, humiliation, slander and embarrassment, Little was finally released and was greeted by a small group of close friends and family members.

‘Sorry for the inconvenience’ say cops

Little’s mother was informed that his $1.4 million bond was officially recalled. After his release, Little’s charges were dismissed. The district attorney who presided over his case apologized for the “inconvenience.” The Durham Police Department offered no comment. Little’s release was just in time for the first semester of his sophomore year at North Carolina Central University, where he is majoring in mass communications.

Prior to this humiliating debacle, Little had never been in any trouble with the law; he had never been charged with a misdemeanor or felony. He was a stellar student at Southern High School’s School of Engineering and has always been engaged in the community. Now, Little is having difficulty finding employment. Though the charges have been dismissed, they are still on his record. Little’s classmates and professors are empathetic, but don’t know where to begin.

“I’m still trying to get myself straight,” he said. “I was ordered to strip naked for crimes I did not commit. I walked into the Durham County Jail with no shoes on and metal shackles on my hands and feet. You never forget an experience like that.”

Little is also concerned about his reputation being destroyed. He commented: “You used to not be able to google my name on the Internet. Now you can. According to the reports, I broke into someone’s home, kidnapped them and killed a man last year. And that’s not true at all. I’m a college student who looks forward to learning every day. Who’s going to repair my name? Who’s going to take my mug shot off the Internet? This is not justice.”

Little is back in classes for his sophomore year’s spring semester. Five months after Little was wrongfully incarcerated for crimes he did not commit, the word of his horrific experience is beginning to buzz around campus. Students are upset and have organized a small support group.

No, Mr. Little, this is not justice. Maybe the Durham Police Department will make this right by sponsoring the remainder of your education. Then again, maybe not.

Many victims of DPD

Little is one of many who have been falsely arrested by the Durham Police Department. Additionally, acts of police violence have occurred with regularity in this city against African Americans and Latinos/as, many of them fatal.

Here are the names of some of those attacked by Durham police just in the last year and a half. Stephanie Nickerson, 25, who is African American and a Navy veteran, was brutally assaulted by police in the late fall of 2012 and then falsely arrested. A campaign won the dropping of all charges against her.

In late 2012, 21-year-old Carlos Riley Jr., who is African American was assaulted by a police officer, and then unjustly incarcerated.

Beloved Honduran father Jose Ocampo, 33, was shot four times by Durham police in the summer of 2013. An autopsy confirmed that a gunshot to the head killed him.

Derek Walker, 26-year-old African American was shot and killed by police in September 2013.

While in a police car and handcuffed, 17-year-old high school student, Jesus Huerta, died of a fatal gunshot in November 2013. Two hundred of his friends and supporters held a vigil in Durham a month after his death, holding high a banner proclaiming, “Murdered By Police!” The police responded by lobbing tear gas and arresting protesters.

These people will never be forgotten by their friends and supporters nor by their communities and the progressive movement. As the struggle moves on to protest police violence, we will remember all of their names while demanding justice for them and all victims of state repression and brutality.

Durham-based activist Lamont Lilly is a contributing editor with the Triangle Free Press, a Human Rights Delegate with Witness for Peace and an organizer with Workers World Party.