WW reporters Imani Henry and Scott Williams on July 27 asked several Dream Defenders occupying the Florida state Capitol in Tallahassee why they had decided to be there. Below are their answers.

Mustafa Sullivan is an Alliance for Educational Justice campaign organizer.

Sullivan: This past weekend joining the Dream Defenders was an honor, a lesson, and a life-changing experience. Many of the youth leaders, adult organizers, and community members from the Bronx, D.C., Philadelphia, Baltimore and Florida pledge to continue the fight for Trayvon’s Law until the fight is won. [To support the Dream Defenders’ struggle for Trayvon’s Law, see DreamDefenders.org.] 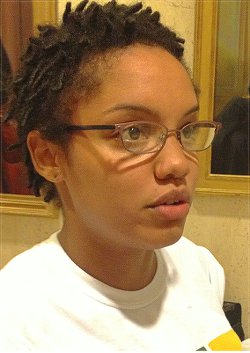 Melanie Andrade, 21, from Kissimmee, Fla., president of the Dream Defenders at Florida Agricultural and Mechanical University, had slept in the Capitol for several nights since July 16.

WW:What it is like for young people in Kissimmee?

Andrade: I’m a first-generation American. My parents came from Cape Verde in Africa. Florida is a place, like New York, where many immigrants live. Lots of different people live there.

My parents started working in Disney, lots of people move to Kissimmee because of the jobs at Disney. During 10th grade I moved to a small city in Polk County, which is the “heart of Florida.” There is a lot more tension living in a rural area for a young person of color.

The rest of Florida is not like Miami or Orlando. Tallahassee is pretty segregated, too. Lots of people in rural Florida live in trailers and there are lots of undocumented people. Also lots of orange groves and workers coming in to work there.

The police are often Black or Latino in Kissimmee. I wasn’t that scared of the police [while growing up] but as years went by, I saw it become gentrified. Now there is a million gas stations and new stores, yet always with a big influx of immigrants.

You know the police and what they will do to us based on what they look like. You know if they are from Polk County [more racist] versus Oceola [Kissimmee]. I go outside in Polk County and every time I get stopped. They always patrol the community, asking for my ID.

They didn’t believe me once when I was at my house on my front lawn. I told them my ID was inside the house and they told me I needed to have it on me at all times! They don’t ask white kids these things. I was safer in Kissimmee in a more diverse neighborhood.

WW: What is your economic situation?

Andrade: I’ve worked at McDonalds for five years and now I make $7.40 [an hour]. I started at $6.35. I have never been making enough to live. I never get breaks. If I didn’t work through high school I wouldn’t have the money to pay for my graduation stuff or to pay for taking the SAT [the pre-entry exam to get into college].

WW: What about Trayvon’s case and the war on youth resonates and speaks to you directly?

Andrade: I lived in a gated community and my brother was arrested there. I have had the neighborhood watch see my brother and call the cops on him. The cops picked him up for drug paraphernalia. He’s not going to learn his lesson in jail, he will just get more mad.

This incident happened just after Trayvon’s. It hit me and made me connect to criminalization. People talk about Trayvon’s character but they don’t know anything about him. Yet people judge his character.

I put things on Facebook about justice for Trayvon and people talk about how bad Trayvon was, yet they don’t understand our culture. They portray him as a “thug.” That’s the same with my brother, who is one of the smartest people I know. Connecting Trayvon’s case with my brother’s is what turned me towards activism.

I met the Dream Defenders at a bowling alley during a party. Phillip [Agnew, the executive director of Dream Defenders] took the mic away from the DJ and made an announcement about a meeting that was happening then about Trayvon’s murder. He said, “Who is coming with me to this meeting?” I was the only one that raised my hand.

When I went to the meeting they were talking about going to the Sanford jail that my bro was in. In that county there is no juvenile detention, rather boys are in there with men. Dream Defenders were gonna go down there and have an action at the jail where my brother is staying. I worked at a McDonalds at the time and got my shifts covered and went to the jail.

WW: What moments have been powerful for you sitting in the Capitol this weekend?

Andrade: When I meet new people and hear them expressing the same things I express. When I see people who look like me who are intellectual, who are organizing. Like when I saw the Occupy movement, people who are talking about capitalism, it didn’t hit home with us. It’s been the best part talking to people like me and hearing I can do it. 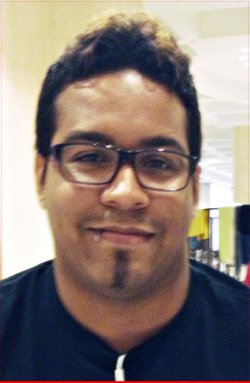 WW: What is it like for young people in the Bronx?

Mariani: It is a catch-22. You need years of experience to get a job but no one will give you a job so you can get some experience. With the cops I have been picked up for trespassing in my own building. Now that that the Bronx Pride Community Center has closed, it is harder to find activities and events for LGBT youth in the area.

WW: Why did you get on the bus this weekend?

Mariani: It’s more than just Trayvon Martin. It is a national issue. Racial profiling, the school-to-prison pipeline. That we are demeaned by older people that don’t expect us to be up on the issues. This is why I came.

WW: What has been a highlight for you?

Mariani: Being around people much younger than me. Teenagers in high school like Trayvon. I love the chants. That we are together as young people in the Capitol, together on this issue. That we are family.