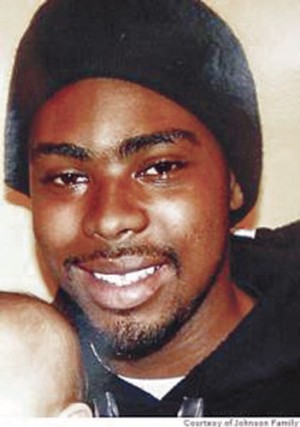 African-American writer/director Ryan Coogler graduated from the University of Southern California School of Cinematic Arts only two years ago, but his life and times prepared him to make the dramatic story “Fruitvale,” which won both Audience Award and Grand Jury Prize at the Sundance Film Festival in Park City, Utah, on Jan. 26.

In a Jan. 25 ‘Democracy Now’ interview, Coogler explained choosing Jordan for the dramatic lead — still a rare opportunity for African-American actors, especially in corporate Hollywood. “He was in a few feature films that were very successful, but I’d never seen him in that lead role. It was funny, because every time I watched him, I would want the camera to stay on him, as opposed to going to whoever the lead was in whatever movie it was.” Jordan’s compelling screen presence can be felt even through the short clips available at this time.

Coogler, now 26, is the same age that Oscar Grant would have been. They are both from the Bay Area, where outrage erupted immediately after the cold-blooded killing that was witnessed and recorded by so many others on the BART platform. Coogler, who was at home from film school on that day, remembers the killing, the outrage, the protests. In the grainy video, “All you could tell, that he was a Black guy wearing a certain kind of clothes, with a certain group of friends, and he looked like he could have been any one of us. Like, he dressed like all of us, you know what I mean? His friends look like my friends. … It was horrifying. It was frustrating, you know, because these things happen — these things happen so often.” (Democracy Now, Jan. 25)

“Fruitvale” ends just before the ongoing struggle for justice for Grant began. A mini rebellion and outraged protest, including rallies by the International Longshore and Warehouse Union Local 10, forced the rare murder indictment of a killer cop. However, Mehserle was convicted only of involuntary manslaughter by a Los Angeles jury that excluded all African Americans. He served only 18 months of a 2-year sentence — a slap on the hand for what Oscar Grant’s mother, Wanda Johnson, calls murder, which was witnessed again and again in cell phone videos like the one that opens “Fruitvale.”

The movement against police killings and against the incarceration epidemic of youth, especially youth of color, is growing nationwide. Demanding that “Fruitvale” be shown in your area is another way to call for justice.