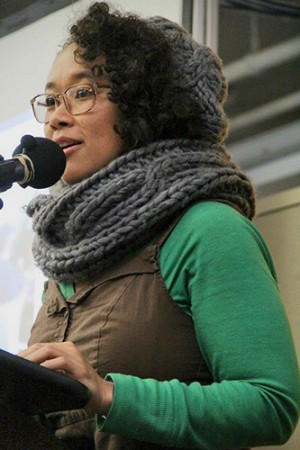 “An important biological species is in danger of disappearing with the rapid and progressive destruction of its natural life-sustaining conditions ­— man. We are just now becoming aware of this problem when it is almost too late to stop it.

“It is necessary to point out [that] the societies of consumers are those who are fundamentally responsible for the atrocious destruction of the environment. They are born from former colonial powers and imperial politics, which in turn engendered the backwardness and poverty which are now beating down the immense majority of humankind.

“With only 20 percent of the world’s population, they consume three-fourths of the energy which is produced in the world. They have poisoned the seas and the rivers. They have weakened and punctured the ozone layer. They have saturated the atmosphere with gasses which alter climatic conditions with catastrophic effects from which we are now beginning to suffer. …

“If we want to save humanity from this self-destruction, it is necessary to better distribute the available wealth and technology of the planet. Less luxury and less extravagance in a few countries; for that matter, less poverty and less hunger in a large portion of the earth. … Make human existence more rational. Apply a fair international economic order. Make use of all the scientific knowledge necessary for ongoing development without contamination. Pay the ecological debt and not the foreign debt. Let hunger disappear and not mankind.”

This quote is from the beloved leader of the Cuban people, Fidel Castro, from a speech at the Earth Summit in Rio de Janeiro in 1992, 13 years before Hurricane Katrina hit New Orleans and 20 years before this month’s Hurricane Sandy. The U.S. has persistently ignored that “tomorrow” is now; it has ignored it at the expense of the growing number of storm victims and survivors.

Over and over again, Cuba has had to pay for capitalism’s crimes against the very environment that sustains us as human beings. Cuba is a small island situated in the Caribbean Sea across from the Gulf of Mexico. So it has always been prone to hurricanes. But these storms have become increasingly destructive and deadly as a result of climate change generated by the profit system’s shortsightedness and greed. In 2006, Cuba was the only nation in the world that met the World Wide Fund for Nature’s definition of sustainable development.

And yet, each year as storms hit the region, Cuba avoids losing its people to the ravages of the hurricanes. When deaths do occur, they are minimal compared to those in other countries. This year, Cuba lost an unprecedented 11 lives to Hurricane Sandy. The U.S. lost 132 — and those numbers will undoubtedly rise.

One could say that Cuba is able to protect its people because it has more experience dealing with hurricanes. But that’s actually only a small part of the equation.

The bigger part is the love and dedication to human life that a socialist system bestows on its people. In 2008, before Hurricane Gustav hit, Fidel said: “We are lucky to have a Revolution! It is a fact that nobody will be neglected.”

In Cuba major planning and preparation go into hurricane preparedness, and when they do hit, these plans are executed with precision. In Cuba, 55,000 people were evacuated from their homes before Sandy hit this year.

In Cuba, a plan is devised for how each person will be evacuated and where each one will go. If, for instance, there is an elderly woman living on the second floor of a house in a wheelchair, people are designated in advance to help carry her down the stairs, and they know which relative or which civil defense area is prepared to house her.

Because lives come before profit in Cuba, any and all resources are commandeered for the emergency relief — from boats and buses to buildings and communication networks. All social, economic and military organizations are involved in the effort and every community. Strong bonds of solidarity tie Cubans together as a safety net against any storm.

Now some would say, well, Cuba’s this small island with a smaller population than the U.S.; they can afford to do this for their population. But the U.S. is the wealthiest country in the world, with the most resources in the world.

There is absolutely no reason why the U.S. cannot effectively organize protection for every single person in the country — no reason, of course, except its priorities. Capitalism’s main focus, its only reason for existing, is to secure the profits of the 1%, the ruling class. People’s lives — especially those of the poor, people of color and workers — are totally expendable.

Meanwhile, Cuba is saddled with a blockade that the U.S. has imposed on it for some 50 years now. This makes getting even the most basic medicines, construction equipment, etc., extremely difficult. And Cuba still takes care of its people.

Again, it’s an issue of priorities.

Not only does Cuba take care of its own, but it also shares its expertise with the world. We can never forget the image of Cuban doctors lined up at the airport, waiting to fly to the U.S. to aid survivors of Hurricane Katrina, only to be rejected by President Bush.

So this year, as we provide mutual aid, support and love to our sisters and brothers suffering from the storm — as we expose the ravages of the storm of capitalism upon our daily lives — we would like to give our thanks to socialist Cuba for its efforts in protecting the lives of the entire world, both politically and materially.

And we want to renew our commitment to destroy capitalism, so that the people everywhere can live. Cuba’s socialist system shows the way.