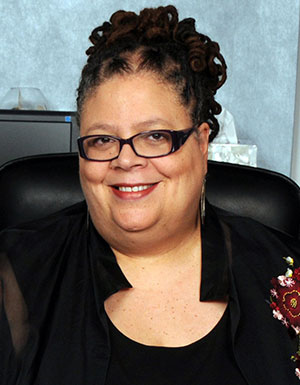 Teachers all over the United States closely followed what happened in the one-week strike of the 26,000-strong Chicago Teachers Union, which had national implications. The CTU membership will vote on the new contract next month. In the meantime, public reactions to the strike from both sides of the barricade could not be more strikingly different.

At a press conference after the CTU suspended the strike Sept. 18, pending a vote on the contract, Chicago Mayor Rahm Emmanuel said, “This settlement is an honest compromise. It means returning our schools to their primary purpose, the education of our children. It means a new day and a new direction for the Chicago public schools.” He went on to extol the lengthened school day and school year — the day one hour and 15 minutes longer, the year two weeks longer.

Arne Duncan, the U.S. Secretary of Education and former CEO of the Chicago Public Schools, told a National Public Radio’s weekend show, “I obviously had great friends on every side of this – teachers, principals, children, the mayor. … I always say it’s like a family.”

NPR’s interviewer Scott Simon asked Duncan, “[W]ere you, the administration, Mayor Emanuel, who used to be the president’s chief of staff, eager to get this story out of the news cycle?” Duncan responded, “I think that had zero to do with anything. I think what we were all eager to do is to get children back into the classroom.”

Karen Lewis, president of the CTU, appeared on the “Democracy Now” radio show Sept. 19 to evaluate the strike. Host Amy Goodman asked her, “Do you feel you have won this strike?”

Lewis responded, “Oh, absolutely. I think that teachers across the country realize how important it is to stand up as a union together and fight back against things that are actually bad for children. And I want to tell you that, as we went through the contract, basically article by article, one of the things that got the absolute most applause of the night was lesson plans — that teachers could do their own lesson plans.” They no longer have to follow the wishes of “somebody in an air-conditioned building with a spreadsheet.”

Talking about how the salary raises would go into effect, Lewis said, “Well, we fought off merit pay, which was something that they were absolutely adamant about. They wanted to take away our lanes, which are for achievement of advanced degrees. They wanted to take away our steps, which are for experience. And it’s the way we’ve been doing things traditionally for some time.”

She added that the CTU now has some recall rights and an anti-bullying clause, which would make it harder for principals to manipulate some teachers’ assignments to get rid of them.

In response to Emmanuel’s claims about lengthening the school day, Lewis said, “And from the very beginning, we didn’t actually fight him on this longer school day, because the law gave him the opportunity to impose it. But we wanted to make sure it was a better school day. And a better school day for us included a broad, rich curriculum for our students.”

When Goodman raised the question of Rahm Emmanuel being part of the Democratic Party but still getting support from Paul Ryan, the Republican vice-presidential candidate, Lewis pointed out, “Well, the school reform issue is an issue of billionaire elites, by and large, and it’s very nonpartisan. So it’s no surprise that the Romney-Ryan ticket would support any anti-union, you know, beef that the mayor has.”

After rebutting a lot of the attacks on the CTU and other teachers’ unions, Lewis responded to Arne Duncan’s Race to the Top: “We’ve never liked those programs. We found them to be extraordinarily destabilizing. And also, the idea of the market approach for public education, as far as we’re concerned, tramples on democracy. You know, public schools are the place where you get to learn about democracy, and it’s been trampled out.”

To view the entire Lewis interview, go to democracynow.org.