Editor’s note: A campaign has been initiated to demand that the Minneapolis City Attorney’s Office drop the charges against Leslie Feinberg. Contact the office by phone (612-673–2010), or through their website at www.minneapolismngov/attorney/index.htm. A Sept. 13 court hearing is pending.

This article uses the gender-neutral pronouns hir and ze. 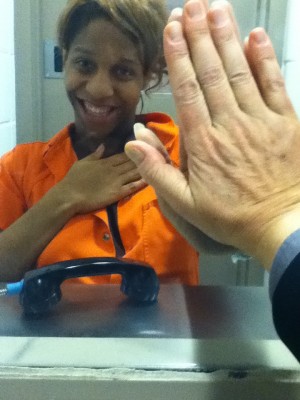 Leslie Feinberg has been recharged, this time by the Minneapolis City Attorney for hir solidarity action in support of CeCe McDonald on June 4, the date of McDonald’s sentencing. Feinberg’s charge, which is classified as a “gross misdemeanor,” carries with it a possible 1-year prison term plus a $1,000 fine.

The case of CeCe McDonald in Minneapolis roused support and solidarity from lesbian, gay, bisexual, transgender and queer activists and supporters around the country. This young, African-American, transgender woman was the victim of a violent, racist, anti-gay, anti-trans attack in June 2011. She and her friends were set upon by three bigots as they walked past a bar. One of her attackers smashed a bar glass into McDonald’s face, puncturing her cheek and salivary gland.

A melee followed in which McDonald was the only person arrested. She was charged with two counts of second-degree murder and eventually accepted a plea deal that allowed her to avoid possibly decades in prison for a crime she says she did not commit. For defending herself against a violent attack, McDonald was given a prison term of 41 months.

Feinberg is an award-winning author, transgender warrior and trailblazer in the LGBTQ liberation movement. Ze is also a revolutionary Marxist and a managing editor of Workers World newspaper. Despite being in poor health, Feinberg traveled to Minnesota to visit McDonald in jail prior to her sentencing, and again for McDonald’s June 4 sentencing. A large “noise” protest took place outside the county jail that night to let McDonald — and her state captors — know she was not alone.

Feinberg was arrested and jailed for three nights without bond for hir participation in the actions outside the jail. Mass pressure on the county attorney resulted in Feinberg’s release and the dropping of felony charges.

McDonald’s case and unjust incarceration were raised at Pride events in June around the U.S. and in several other countries. “Free CeCe McDonald!” has become a rallying cry for many in the struggle for LGBTQ liberation, against racism, and for the right to self-defense against violence fueled by hateful bigotry.

On Aug. 30, Feinberg announced the recharging on hir Facebook group page. “I hope to see friends and other activists in court,” Feinberg wrote. “As defendant, I welcome parents and other caregivers bringing children of all ages, including infants and toddlers. I’ll bring crayons and drawing paper. Please wear purple/buttons/t-shirts in solidarity with CeCe McDonald! I’ll be wearing the free CeCe t-shirt designed by artist/activist Ricardo Levins Morales.

Feinberg gave the following statement, noting, “These words below are the only statement I can make at this time — the best I can do. I also include my June 4 statement below.” (See tinyurl.com/95nbv9y  for the complete statements.)

I will not be silent!

As a revolutionary activist, journalist/author, and proud member of the National Writers’ Union/UAW Local 1981 — I will not be silent!

TO NATIVE NATIONS: MY GREETING of RESPECT I send my greeting of respect to Indigenous Nations on the land now claimed as “Minnesota.” I vow to continue to defend your land and treaty rights, rights to sovereignty and self-determination, and defense of this planet that sustains all life. I am a proud neighbor of the Onondaga Nation.

As violent weapons of rule by the 1%, the police, prosecutors, judges and prison officials invoke “law.” I recall that in 1862, this racist injustice system proclaimed it “legal” to lynch 38 Dakota men in a mass execution in Mankato, after convicting the defendants of “war crimes” after 15-minute trials.

The Dakota people were forced to march into concentration camps, and many were deported to reservations far from the land of their ancestors.

Solidarity with Pakistani sex(es)/gender(s)/sexualities in Sukkur who protested Pentagon drone attacks. Those killer drones leave from the same small airport in Syracuse, N.Y., U.S., as the plane that will take me to Minneapolis, MN.

JAIL the real criminals: the 1%!

Supporters are urged to write McDonald to let her know she is not forgotten and that the struggle for her release continues. Please address correspondence to: Chrishaun McDonald, OID #238072, Minnesota Correctional Facility-St. Cloud, 2305 Minnesota Blvd. S.E., St. Cloud, MN 56304. Visit supportcece.wordpress.com for more information on the struggle to free CeCe McDonald.

ERRATA: An earlier version of this article erroneously stated that the Hennepin County Prosecutor’s Office — which had brought the earlier felony charges and then dropped them — had recharged Feinberg.