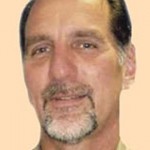 Attorneys for René González on June 22 renewed legal action to allow him to return to his home and family in Cuba. The brief asks for modification of his three-year supervised release so he can serve the remainder after repatriation — a common procedure, according to the brief.

González and four comrades — Gerardo Hernández, Ramón Labañino, Antonio Guerrero and Fernando González — had been arrested in Miami on Sept. 12, 1998. The five were in the United States on a mission to stop terror against Cuba. They were monitoring Florida-based paramilitary gangs that had been responsible for bombing Cuban hotels during the 1990s.

These terrorists were continuing to plan violent acts against Cuba in order to discourage tourism — an essential part of the Caribbean island’s economy, especially during the Special Period after the collapse of its trading partners in the Soviet and East European socialist bloc.

The Cuban 5 were convicted by an intimidated Miami jury, amid sensationalized media reports written by journalists later found to be on the U.S. government payroll. The five were then sentenced to disproportionately harsh prison terms. In essence, their offense was to be unregistered foreign agents, a relatively minor charge which is often resolved by sending the offenders back to their homeland. Not in the case of the Cuban 5, though.

Gerardo Hernández, for example, is sentenced to two life terms plus 15 years. But a persistent and growing global movement is demanding that all the Cuban 5 be released and returned to Cuba.

Now, even after his release from prison last Oct. 7, González remains in a form of isolation — one his attorney says is contrary to the reintegration purpose of supervised release. First and foremost, he is isolated from the community he intends to reintegrate into — his home in Cuba. Cuba is where his spouse Olga, his daughters Irma and Yvette, and his parents live. González did get the court’s permission to briefly visit Cuba in April to say goodbye to his dying brother, Roberto. He then returned to the U.S.

González was born in the United States and holds both Cuban and U.S. citizenship. Nonetheless, he is isolated in the U.S., where he remains undocumented. To get a valid driver’s license in Florida, González would be required to make the address of his residence a matter of public record. Because of the violent anti-Cuba groups there, this would be a risk to his safety.

The brief points out an obvious fact that should be apparent to the court. “As a convicted agent of the Cuban government, Defendant is reviled by a significant number of people who harbor anti-Cuba and anti-Castro views, some of whom have advocated violence. Therefore, Defendant has found it necessary to take strong measures to ensure that his identity and location remain a secret from those who would do him harm.”

A trained pilot, González also can’t renew his pilot’s license without making his address known. He cannot get credit or enroll in school or participate in anything that requires him to divulge his identity and residence.

González has offered to renounce his U.S. citizenship when he is allowed to return to Cuba, so as to “provide to the Court and to the Government the concrete assurance that he does not intend to return for any suspect purpose whatsoever.”

It is ironic that the U.S. government, which has expeditiously removed more than 280,000 immigrants from the U.S. thus far in 2012 and returned them to their country of origin against their will, has forced a Cuban who is a hero to his people to remain in Florida against his wishes.