Public outrage, resistance and sadness at the senseless killing of a Forest Defender — 26-year-old Manuel Teran, known as Tortuguita (Little Turtle) — continues daily since their death on the morning of Jan. 18. 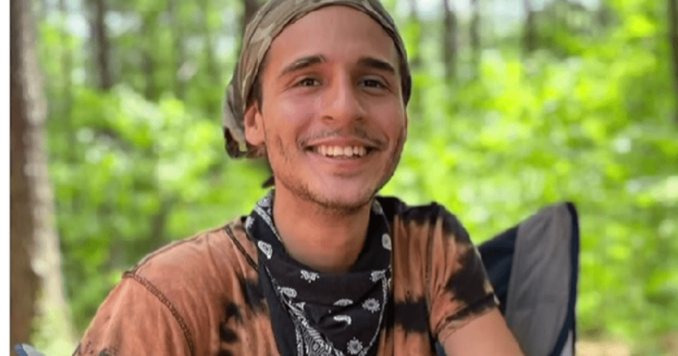 The police story that Teran fired first at a Georgia State Trooper, one of dozens of heavily armed police raiding the encampments in the Weelaunee Forest, has been met with universal disbelief by those who knew the young activist. Likewise, others well-acquainted with false narratives supplied by police to justify their illegal actions will say the names of Kathryn Johnson, Anthony Hill, Jamarion Robinson or Jimmy Atchison. When they were killed, the police account was proven untrue.

Tortuguita, a nonbinary person of Venezuelan heritage, had been engaged for many months in building a resistance community with other Defenders and neighboring residents in the forested land, owned by Atlanta but located in DeKalb County.

Just days before their killing, in another early morning raid by police agencies on Dec. 13, 2022, six people sheltering in tree houses were sprayed with tear gas and shot at with pepper balls to force them down. They were arrested and charged with “domestic terrorism” and initially allowed no bail. A seventh person driving by in a car, filming the scene, was later arrested as well.

Officials from the Atlanta Chief of police to Mayor Andre Dickens to Governor Brian Kemp have repeatedly used the words “domestic terrorism” to vilify the movement to stop Cop City.

Solidarity events have been held in multiple cities across the U.S. to mourn and remember the life of Tortuguita.

The struggle erupted in the closing months of Mayor Keisha Lance Bottoms’ term in 2021 when she abruptly announced she was not going to run for a second term. A week later, without any public notice, the Atlanta Police Foundation was given use of the land to build an enormous, $90-million police training facility — complete with a helicopter port, a “mock city” to practice crowd control and urban warfare tactics, firing ranges, an area to practice using explosive devices, and numerous buildings, cement parking lots and roads. Completely ignored was a 2017 City Council resolution declaring the area as a green space in perpetuity.

Opposition to the “done deal” erupted immediately from residents of the largely Black and working-class neighborhoods, conservation and environmental groups, anti-police violence activists, social justice organizations, school children and Indigenous people across the country. These united forces labeled the project “Cop City.” The struggle to overturn the deal began.

The City Council was pressured to hold public comment sessions where an unprecedented 17 hours of comments were heard in-person plus many more online. More than 70% of those commenting opposed Cop City, with mostly wealthy residents of Buckhead in north Atlanta, the Chamber of Commerce and the highly influential, corporate members of the Atlanta Police Foundation in support. When the Council finally voted, the Cop City plan was approved by a 10-4 vote.

Not the first time the people were betrayed

Weelaunee Forest was the historic home of Muscogee Creek peoples for untold generations. In the 1830s they were forcibly removed by the U.S. military on the Trail of Tears; and the land, some 3,500 acres, was transferred to the hands of enslaving plantation elites. Enslaved Africans toiled their lives away and were undoubtedly buried there.

Then in 1918, during the Jim Crow era, the Bureau of Prisons and the nearby Atlanta federal penitentiary bought over 1,000 acres for a prison farm to grow crops to feed inmates. Mainly Black prisoners, convicted of low-level “crimes” like vagrancy, loitering and public drunkenness, labored for free in horrible living conditions and were subjected to brutal treatment. It is believed their unmarked graves lie among the trees that cover the Atlanta Prison Farm’s acres.

In 1965 the city of Atlanta appears to have acquired the property, which is the largest existing expanse of green space in the area. The Atlanta Prison Farm was finally closed in 1995.

Why is the Atlanta Police Foundation so powerful?

Established in 2003, the Atlanta Police Foundation has a structural relationship with Atlanta’s mayor, chief of police and police department. Its executive officers, Board of Directors and donors come from the largest and wealthiest corporations in the country, including banks, law firms, investment companies, sports teams and well-known corporations like Waffle House, AT&T and Georgia Pacific. Some of the most notable funders of the APF are notorious anti-union corporations like Coca-Cola, Home Depot and Delta Air Lines.

The “Atlanta Way” is a term that identifies the practice of wealthy figures, usually white men, exerting great power and influence on the decisions of Black politicians, often to the detriment of poor and working-class communities and especially people of color. It came into being following the 1906 Atlanta Race Massacre, when mobs of white men and boys killed and terrorized the Black community, burning and destroying Black-owned businesses and homes with impunity for three days.

The emerging capitalist class feared such open racist mayhem endangered their future profiteering, and they struck a deal with a section of the Black community. That led to the establishment of Auburn Avenue as the business, cultural and professional center until the 1960s. The phrase “the city too busy to hate” was coined to conceal the class war the white elite were waging.

Many consider the Cop City deal to be another manifestation of the “Atlanta Way.” The Atlanta of 2023 has the widest inequality in the U.S., while the ostentatious wealth of a few is flaunted. Multimillion-dollar homes are springing up everywhere as affordable housing disappears.

Police say there’s no video of shooting of Tortuguita

The APF has paid for thousands of surveillance cameras throughout Atlanta, making it one of the most surveilled cities in the country. As a result of public pressure after a number of suspicious deaths by police, Atlanta police and other local departments are required to have cameras on, when dealing with the public. However, the Georgia State Troopers who advanced on the tent where Manuel Teran was sleeping only have cameras in their cars to record traffic stops, and so the claim is that there is no video to show what really happened.

What we know of Tortuguita is that they had also spent time in Florida helping with hurricane cleanup, that they created a mutual aid program to help with people’s needs and that they professed a strong belief in the organized power of the people to win.

Hundreds of people have attended the vigils, rallies and marches held every day since their death at the hands of a militarized police force, acting on behalf of a profit-at-all-cost capitalist class.