Wadiya Jamal has spent most of her adult life fighting for her husband’s release. The beloved wife of political prisoner Mumia Abu-Jamal died unexpectedly from a heart attack Dec. 27, 11 days after a historic decision by a Philadelphia judge in his case.

Family and friends attended services for her Dec. 30 in Philadelphia. 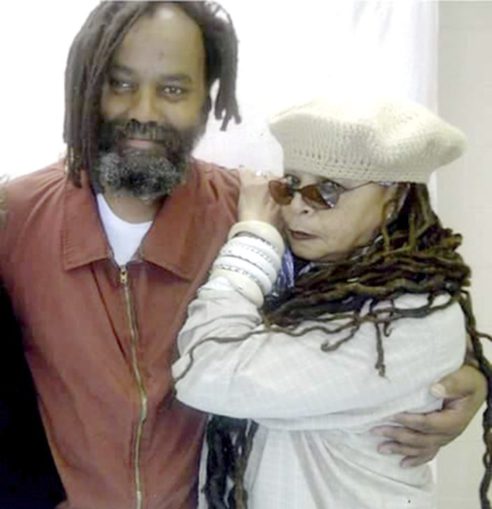 Wadiya Jamal during visit with Mumia.

Those who knew her best described WaWa, as she liked to be called, as devoted to her family life, for her the cause of joy but also great sorrow. She was separated by prison walls from Mumia since his arrest Dec. 9, 1981. Her youngest child, Samiya — known as Goldii — died Dec. 17, 2014, after a long fight with breast cancer. Wadiya was buried next to her daughter’s grave.

In talking about Wadiya with friend and supporter Johanna Fernandez, Mumia noted that December was always a “dark time for her because of this.”

In the funeral handout, Wadiya Jamal was described as “lively and outspoken, often at the center of any social gathering she attended. She was always well versed in the social and political news of the day, adding her well thought-out opinions to the conversation. … She was a frequent participant in forums, rallies and cultural events designed to raise awareness of injustice perpetrated against Black people. …

“[Wadiya] often hosted movie nights for her grandchildren, nephews and nieces. [She was] revered as the “Aunty” of her neighborhood, her home a safe space for all who may have needed her love and affection.”

While kept from attending the funeral in person by the Pennsylvania Department of Corrections, Mumia was able to watch the proceedings for about an hour by zoom. He told Fernandez he wished Wadiya could have seen the outpouring of love for her that he witnessed during the ceremony.

When asked to name one of his fondest memories about Wadiya, he told Fernandez “She let me be silly.”

Wadiya Jamal will be sorely missed by all who knew and loved her. Condolences can be sent to Mumia Abu-Jamal at Smart Communications/PADOC, Mumia Abu-Jamal / AM8335, SCI Mahanoy, P.O. Box 33028, St. Petersburg, FL 33733.

Those who are on Abu-Jamal’s visitors list are encouraged to make every effort to see him.